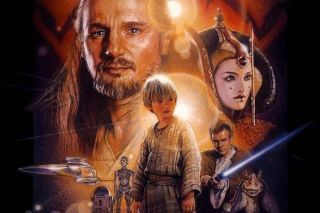 Now, that video message, in which Lucas praises the cast and crew of the film, has been posted online for all.

"The fans are always such a big part of these films. And obviously, those of you who are here are the fans of Episode I, and I love each and every one of you," Lucas said in part.