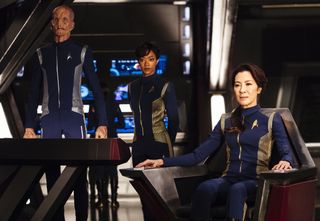 After numerous delays, CBS has set Sunday, Sept. 24 as the premiere date for "Star Trek: Discovery."

Additionally, Variety reports that both the first and second episodes of "Star Trek: Discovery " will be available on the CBS All Access app immediately following the broadcast. New episodes of the series will reportedly premiere on the app every Sunday from Sept. 24 to Nov. 5, with the second half of the 15-episode first season airing beginning in January 2018.