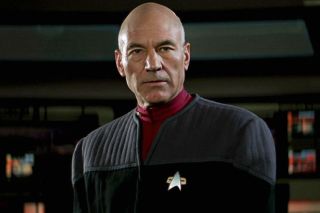 Patrick Stewart has tweeted a photo from the set of his still untitled "Star Trek" revival show, in which he'll reprise his role as Captain Jean-Luc Picard.

"The journey has begun. Kirsten Beyer, Michael Chabon, Akiva Goldsman, Diandra Pendleton-Thompson, James Duff, and yours truly," read the message that accompanied the tweet, naming the "Star Trek" writers pictured in the room with Stewart. Check it out below![6 'Star Trek' Captains, Ranked from Worst to Best]

The still untitled series is expected to debut in 2019.