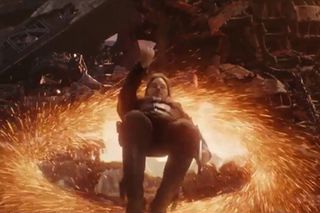 A new behind-the-scenes featurette for Avengers: Infinity War shows some new footage from the film - including the meeting of Thor and the Guardians of the Galaxy and Peter Quill and Doctor Strange teaming up.

Avengers: Infinity War is due out in theaters April 27.