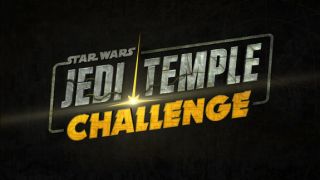 Announced via StarWars.com, Jedi Temple Challenge will feature Jar Jar Binks actor Ahmed Best in a new role as a Jedi trainer, who, alongside his jokey Droid companion, played by "Veep's" Mary Holland, will task contestants with overcoming challenges based on the Jedi principles of "strength, knowledge, and bravery."

"This is definitely a kids game show like no other," said Lucasfilm's senior director of Online Content & Programming, Mickey Capoferri in the announcement. “The various challenges will test a Padawan’s connection to the Force in three locations - a forest planet, on board a Jedi star cruiser, and inside a Jedi temple - immersing them and the audience in a fun, humorous, and exciting competition.”

"'Star Wars: Jedi Temple Challenge' brings together the best of Star Wars - competitive spirit, harrowing obstacles and a hero’s triumph over challenges - in a totally new format for the franchise,” added Dan Silver, vice president, Originals - Unscripted Content, Disney Plus. "A game show set in the Star Wars galaxy is a perfect fit for Disney Plus."

Jedi Temple Challenge is scheduled to premiere on Disney Plus in 2020.