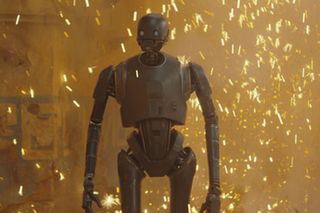 Actor Alan Tudyk will reprise his Rogue One: A Star Wars Story role as the Droid K-2SO in the Disney + streaming service's Cassian Andor prequel series.

The series, produced by and starring Diego Luna, shows Cassian Andor's history prior to the events of Rogue One.

The announcement was made as part of LucasFilm's presentation for the Disney Investor Relations Day conference.

No premiere date for Cassian Andor has been announced.