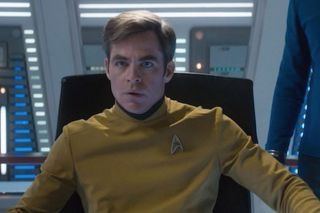 Paramount's "Star Trek 4" has been canceled, according to Deadline.

The Hollywood trade reports that the untitled film which would have been the fourth in the franchise which began with 2009's J.J. Abrams-directed "Star Trek" has been "shelved."

Director SJ Clarkson was reportedly signed on to direct the now cancelled film. Clarkson will direct the pilot for HBO's upcoming untitled"Game of Thrones" prequel show.

The film, which in one iteration would reportedly have brought back Chris Hemsworth as George Kirk in a time travel adventure, first ran aground in August 2018 when Hemsworth and James T. Kirk actor Chris Pine reportedly exited the film over budgetary issues. The last film in the series, "Star Trek Beyond," was released in 2016.