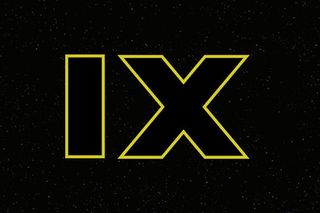 Star Wars: Episode IX will begin filming on August 1 in London. In advance, Lucasfilm has released the cast for the still untitled movie, which is described as "the final installment of the Skywalker saga."

Daisy Ridley, Adam Driver, John Boyega, Oscar Isaac, Lupita Nyong'o, Domhnall Gleeson, Kelly Marie Tran, Joonas Suotamo, and Billie Lourd will all return for the film, as will Anthony Daniels. Mark Hamill will also reprise his role as Luke Skywalker, whose physical form vanished at the end of Star Wars: The Last Jedi. Meanwhile, Billy Dee Williams will reprise his role as Lando Calrissian for the first time since 1983's Star Wars: Return of the Jedi.

Additionally, the late Carrie Fisher, who passed away prior to the release of Star Wars: The Last Jedi in 2017, will appear as General Leia Organa through the use of previously unseen footage from The Force Awakens.

"We desperately loved Carrie Fisher," said director J.J. Abrams in a statement. "Finding a truly satisfying conclusion to the Skywalker saga without her eluded us. We were never going to recast, or use a CG character. With the support and blessing from her daughter, Billie, we have found a way to honor Carrie's legacy and role as Leia in Episode IX by using unseen footage we shot together in Episode VII."

Abrams, who also directed The Force Awakens, co-wrote the film with screenwriter Chris Terrio. John Williams will compose the score. Star Wars: Episode IX is due out in theaters December 20, 2019.