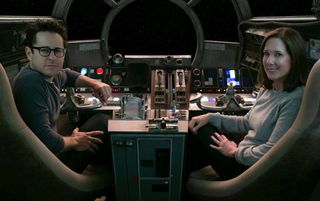 Just hours after J.J. Abrams was confirmed as returning to direct/co-write/produce Stars Wars: Episode IX, Lucasfilm has announced that the release date has been pushed back from May 24, 2019 to December 20, 2019. Walt Disney Pictures' live-action Aladdin will take over that May 24 date.

No reason was given for the change, however it takes the date previously reserved by Disney for an unspecified "live-action fairy tale film" (which could have been Aladdin, given the quick replacement).