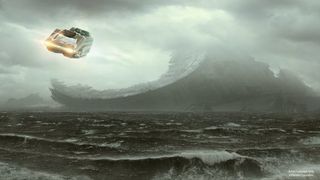 The Star Tours - The Adventures Continue attraction at various Disney parks will be getting an update concurrent with the December 20 release of "Star Wars: The Rise of Skywalker." New characters and new locations will be added to the cinematic ride, including a chapter set on the ocean moon of Kef Bir.

Kef Bir is a new location introduced in "The Rise of Skywalker." It is the home to a freedom fighter named Jannah (played by Naomi Ackie), who becomes an ally of the Resistance in the upcoming movie.

Look for more announcements about the December 20 Star Tours additions in the coming months.