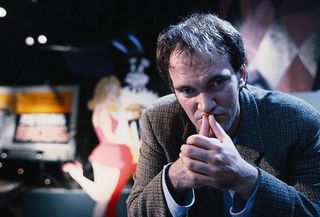 Will Quentin Tarantino write and direct the next "Star Trek" film?
(Image: © Miramaz)

Quentin Tarantino is in talks with "Star Trek" producer (and former director) J.J. Abrams to write and direct a new Star Trek film, according to The Hollywood Reporter. The duo reportedly plan to organize a writers room to flesh out the project before formally pitching it to Paramount Pictures.

Tarantino has previously stated his appreciation for the Star Trek franchise, going back to the 1960s television series.

"The only thing that limited them was their '60s budget and eight-day shooting schedule," Tarantino said in a 2015 Nerdist interview. "You could take some of the classic Star Trek episodes and easily expand them to 90 minutes or more and really do some amazing, amazing stuff."

The "Hateful Eight" director pointed to "Star Trek: The Next Generation's" "Yesterday's Enterprise" as one of his favorite of the franchise.

Following the release of "Star Trek Beyond" in 2016, Paramount announced plans for a fourth film focusing on Captain Kirk (Chris Pine) and his deceased father (Chris Hemsworth). No other development on that project has been made public.