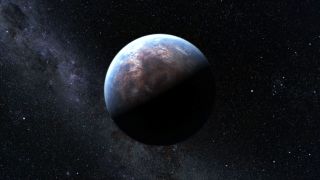 In 1950, physicist Enrico Fermi famously asked, "Where are they?" as a kind of lament about the lack of observational evidence for alien intelligence in our universe. Today, the question is still asked in the context of the always-hoped-for discovery of other worlds like our own, with the thought that maybe, just maybe, we will finally find those aliens.

Against this backdrop, advances that have occurred in the past 20 years in the field of exoplanet discovery have excited the imaginations of scientists and enthusiasts alike.

When, the question goes, will we finally discover a planet that can sustain life? When will we discover Earth 2.0?

The impatience associated with this question has led many in the media and even some in the scientific community to make premature declarations that an "Earth analogue" has been discovered. But when exoplanets are discovered, claims that they are similar to Earth are based on, at best, optimistic modelling and, at worst, sensationalism.

Many such claims have been made on the basis of invented ranking systems that use the observed properties of exoplanets to extrapolate how Earth-like a planet might be. Unfortunately, these systems must make extremely simple – and almost certainly incorrect – assumptions about the characteristics of the planets they are trying to describe.

Ranking habitability: not so easy

Before any exoplanets had been discovered at all, certain astrophysicists proposed that each star had an associated zone around it that came to be known as the "habitable zone." This zone is at a distance from every star where a hypothetical Earth twin would have an average surface temperature between the freezing and boiling point of water. Too close and you exceed 100°C; too far and you drop below 0°C.

But if a planet has an atmospheric composition different from Earth’s, its true surface temperature is likely to be completely different.

One of the most dramatic examples of this problem is Venus. Owing to its thick atmosphere and a runaway greenhouse effect, the planet has a temperature of a whopping 450°C — far higher than than the 25°C you would calculate given an Earth-like atmosphere. Although Venus lies within our Sun’s nominal habitable zone, it is surely not accurate to call it habitable.

The two most fruitful methods for discovering exoplanets (the "transit method" and the "radial velocity method") both give a straightforward way to determine the distance between a star and an exoplanet. That, together with our knowledge of how much heat is given off by the star, lets us calculate whether the planet is in the star's habitable zone. But, as we have seen, that is not the same thing as discovering a habitable planet.

Nevertheless, discoveries of planets in the habitable zones of other stars have been identified in the media and even in press releases of scientific institutions as discoveries of second Earths. Since we do not know the surface temperatures of any exoplanet, whether they are actual Earth analogues can only be guessed at using other lines of evidence.

Our best understanding to date is that surface temperatures are strongly dependent on atmospheric composition and planet density. The density of a planet is dependent on both its mass and volume, but the two detection methods only allow for one or the other of the two complementary characteristics to be directly measured.

The transit method detects the shadow a planet casts on the star it is orbiting, allowing the planet's area (and, because planets are spheres, its volume) to be measured. What is not directly discoverable from this method, however, is the planet's mass.

Alternatively, the radial velocity method detects a planet via a wobble in the star's motion that can be used to infer a minimum possible planetary mass tugging on the star with its gravity. In many cases, the tug is being done at an angle so we see a reduced effect, which makes us infer a mass that is smaller than the actual mass of planet. Aside from this potential confusion, there is no way via the radial velocity method alone to determine a planet's volume.

Astrophysicists who model planet formation and composition have proposed a variety of models that offer possible relationships between the volumes and masses of planets depending on planet compositions.

These varied models can accommodate a range of atmospheres, and the exoplanets will have very different surface temperatures depending on all of this. It is therefore of some importance that we learn more about exoplanet atmospheres directly using better telescopes and more sensitive techniques.

Some astronomers have proposed a scheme to decide which exoplanets are most likely to have their atmospheres directly detected – the obvious next step in working towards determining a planet's surface temperature and ultimately whether it is habitable.

A regrettable tendency right now is to jump the gun. Planets have been discovered in the habitable zones of other stars with radial-velocity-measured minimum masses that are similar to Earth's and transit-measured surface areas that are not much larger than Earth's.

Crucially, none of these "analogues" has yet been measured in both ways. But almost every time such planets are discovered, breathless reports of their possible import are generated.

While discoveries of exoplanets are exciting, it is definitely premature to try to decide how Earth-like any planet is or is not on the basis of the scant data we are now able to gather. The best we can hope to do at this time is collate a list of possible targets for future observation.

Someday, we may discover definitive proof that another Earth is out there. But that day has not yet arrived – despite the excited headlines.