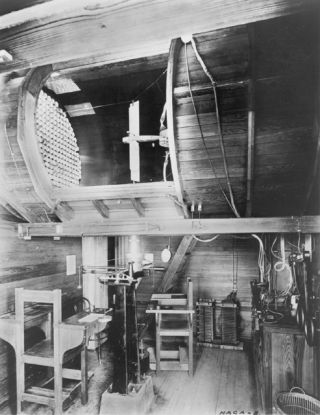 A view of the test section of NACA's Tunnel #1 shown with a model in place for testing.
(Image: © NACA.)

Both a real JN4H and a highly accurate model were put through identical tests. The NACA engineers used this data to make the necessary corrections to the wind tunnel.