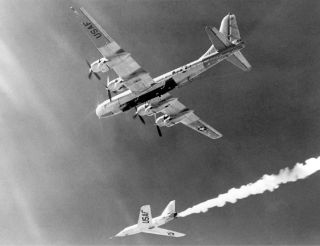 The X-2 drops away from the B-50 Mothership on an unpowered flight.
(Image: © NACA.)