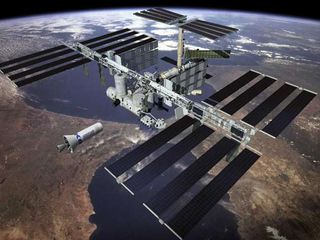 WASHINGTON ?NASA formally notified Rocketplane Kistler (RpK) Sept. 7 that it is 30 daysaway from having its Commercial Orbital Transportation Services (COTS)agreement terminated for failure to live up to the terms of the deal.

The OklahomaCity-based firm was one of two companies NASA selected in August 2006 tosplit $500 million in public funds to help build and demonstrate competinglaunch systems capable of delivering cargo to the International Space Station.The other company was El Segundo, Calif.-based SpaceExploration Technologies. NASA made the COTS money contingent on meetingperiodic technical and financial milestones.

RpK has struggled since thebeginning of the COTS program to raise the money it needs to completedevelopment of the K-1 reusable rocket and conduct a series ofconfidence-building flight demonstrations. In May, RpK missed a deadline forshowing NASA that it had secured all $500 million in private financing the companyhas said it needs for the project.

NASA at thetime said it was willing to give RpK more time to secure the private financing.The company since has missed at least one self-imposed deadline for raising themoney.

NASAspokeswoman Melissa Mathews said the U.S. space agency formally notified RpK Sept.7 ?that the company has failed to perform under its Space Act Agreement? and isin jeopardy of having its COTS agreement terminated. The notice was given inthe form of a letter signed by Scott Horowitz, NASA associate administrator forexploration systems.

Mathewssaid the COTS agreement requires NASA to provide such notice at least 30 daysin advance of terminating the agreement for ?failure to perform,? such asmissing agreed-upon milestones.

?NASA hasnot terminated its relationship with RpK and has not finalized a decisionwhether to do so,? she said.

RpKPresident Randy Brinkley did not immediately respond to a request for comment.