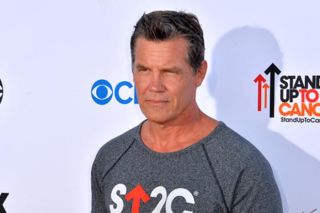 Josh Brolin has signed on to play Gurney Halleck in Legendary Pictures' "Dune" reboot, according to Deadline.

In Frank Herbert's "Dune" novels, Halleck is a weapons master and minstrel who works for the Atreides family. He mentors young Paul Atreides (to be played by Timothée Chalamet), who calls him "Gurney the valorous." He is notable for a scar along his jaw, given to him by a whip carried by Glossu Rabban (to be played by Dave Bautista).

Of course, Brolin and Bautista have previously played characters with a deep hatred for one another - Marvel Studios' Thanos and Drax.

Legendary will release this "Dune" film in 2020.