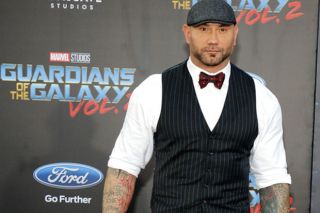 Dave Bautista has signed on for an unspecified role in Legendary's "Dune" reboot film, according to Variety."Dune" is being directed by Denis Villeneuve, whom Bautista worked with on "Blade Runner 2049."

Timothy Chalemet previous signed on to play the lead, Paul Atreides, in this new "Dune" reboot. A classic of science fiction, "Dune" is based on a book by the late Frank Herbert and chronicles the exploits of Atreides and his family on the desert planet of Arrakis. [The Best Science Fiction Books]

The first film version of "Dune" was released in 1984. The film was directed by David Lynch and started Kyle MacLachlan as Paul Atreides. In 2000, a TV miniseries based on Herbert's book aired on the Syfy Channel.

Legendary has not set a release date.