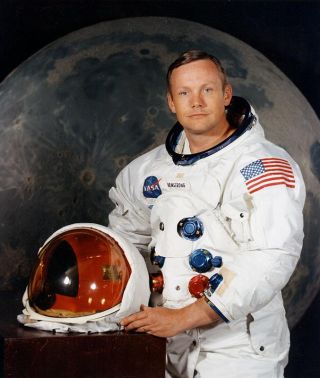 According to a Gallup Poll from 1999, only 50 percent of those surveyed could even name Neil Armstrong as the first man to land on the moon.

The film "First Man," starring Ryan Gosling as Neil Armstrong, may boost public recognition of Armstrong's name and career. But his fate after his "giant leap for all mankind" mirrored that of public interest in the moon landings and, broader still, trust in government, which has steadily eroded since the early 1970s.

It may be hard to imagine today, but from the early 1960s until Apollo 11, Congress essentially gave the space agency blank checks to fulfill the Kennedy administration's goal of a man on the moon by 1970. In the mid-1960s, NASA received over 4 percent of the federal budget. Today, it's funded with less than 0.5 percent of the budget.

While the research ostensibly went to figuring out how to safely transport men to and from the moon, many technologies spun off from this program: high-temperature coatings, new fabrics and microelectronics, all of which we use in our day-to-day lives.

Furthermore, for a few ephemeral years, a factious nation thought of itself as a space-faring people. With a populace hurting from the Tet Offensive, the assassinations of Martin Luther King Jr. and Bobby Kennedy, and the riots of 1968, the moon landing managed to make us stop arguing – albeit briefly – and look up at the sky.

Yet less than a year later, no television network bothered to carry the Apollo 13 astronauts' live broadcast on their way to the moon. That sudden public disinterest after the first landing – and the erosion of any sense of national purpose – still puzzles students in my first-year seminar "The Space Race."

America quickly turned its back on Apollo and began its long, painful slide into Watergate and Vietnam. By the end of the 20th century, conspiracy theories about the moon landing abounded – that the astronauts had never left Earth's orbit; that Stanley Kubrick had played a role in faking the Apollo landings on a sound stage.

Soon enough, Apollo's triumph became little more than a slogan for our growing cynicism about government: "If they can put a man on the moon, why can't they fill the potholes?"

As for Armstrong, he went on to teach aerospace engineering at the University of Cincinnati. Though he did some advertising campaigns for Chrysler and a few other firms, he mostly kept a low profile.

Those once mesmerized by NASA's stillborn plans for lunar bases and manned flybys of Venus wanted more – so much more – out of Armstrong.

When he was chosen for Apollo 11, Armstrong was already one of the most talented test pilots in history. As Andrew Chaikin notes in his book "A Man on the Moon," Armstrong "got his pilot's license before he learned to drive," then in the 1950s and '60s actually flew the X-15 rocket planes, supersonic fighter aircraft and Gemini capsules that my NASA-obsessed peers glued together in 1:48 scale, following Sputnik in 1957.

After walking on the moon and right into the afterglow of fulfilling JFK's promise, what more could America's "first man" have done?

What if he had run for Senate? President? Could he have convinced an increasingly cynical and weary nation that Apollo was indeed a giant leap to something in space even greater?

Tom Wolfe, author of the epic account of the U.S. space program, "The Right Stuff," argued that "NASA had neglected to recruit a corps of philosophers." Wolfe hoped that wordsmiths with the ability to excite and inspire might be the ones flying into space.

Wolfe liked the vision and ambition of Wernher von Braun, architect of the Saturn V moon rocket, who famously said, "I have learned to use the word 'impossible' with the greatest caution." Unfortunately, the engineer had a bit of an image problem related to his Nazi past.

Armstrong, for his part, wasn't the best with words. Even as he made his initial small step off the ladder, he seemed to wrestle with his tongue. Or the radio link to Earth garbled his sentence. We'll never know.

When I saw Armstrong in 1996 at the University of Richmond, he let Spaceship One designer Burt Rutan and Apollo 17 Commander Gene Cernan do most of the talking. When Armstrong did speak, in the precise and succinct way one expects from a careful engineer, the crowd seemed to lean forward. It was him.

In our era of incessant self-promotion and celebrity billionaires, I wonder if there's a place for a humble yet insanely focused national hero like Armstrong.

Ryan Gosling's portrayal may offer a glimpse of the Neil Armstrong we never really knew. Perhaps the film will inspire moviegoers with the sort of ambitious visions NASA had in the mid-1960s.

At the very least, it will remind us of a time when government functioned well enough to achieve something momentous. Could the same be done for reversing the effects of climate change? Or the more humble job of rebuilding our nation's infrastructure?

For now, fixing potholes seems to be a job left for Domino's Pizza.