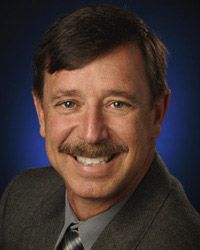 Scott"Doc" Horowitz, head of NASA's effort to replace the space shuttle andreturn astronauts to the Moon, is stepping down to spend more time with hisfamily, he said Friday.

Horowitzsaid he will leavehis post as NASA's associate administrator for the Exploration SystemsDirectorate, which he's held since 2005, on Oct. 1 to devote more time to hiswife Lisa and three children.

"It'staken a tremendous toll on my family, and I really do need to put some energy andeffort into that," Horowitz said of his wife, 11-year-old daughter andfour-year-old fraternal twins during a teleconference with reporters. "Tobe able to do all the exciting and fun things I've gotten to do, they've takenkind of a back seat for quite a while, and the last two years are no exception."

Horowitzinformed coworkers of his resignation plan on Wednesday, ?the same day that NASAassociate administrator Rex Geveden -- the agency's third-highest rankingofficial -- announced his intent to leave his own post to serve as president ofthe Huntsville, Alabama firm Teledyne Engineering. NASA's current chiefengineer Chris Scolese will succeed Geveden, though a successor has not yetbeen named to replace Horowitz.

Horowitz saidthe timing between both announcements is unrelated and should not be taken as asign of internal restructuring.

"Ittruly is coincidence, so there is no major realignment," he added. "Wedon't plan to make any changes to the structure of what we're doing."

A retiredU.S. Air Force colonel, Horowitz first joined NASA as an astronaut in 1992 and flewon three space shuttle missions as pilot, as well as a fourthas commander. He left NASA in 2004 for the aerospace firm AlliantTechsystems, where he served as the director of exploration and space transportation. It was while there that Horowitzvigorously supported using the reusable space shuttle solid rocket booster(SRB) as the basis for the first stage of NASA's next crewed launch vehicle,the AresI rocket.

"TheAres I crew launch vehicle concept is Doc's brainchild, a fact that crewslaunching safely a generation from now will remember with gratitude," NASAadministrator Michael Griffin said in a statement released today. "[He]has been the key person for NASA's exploration effort during the criticalperiod immediately following definition of the architecture for shuttlereplacement and lunar return."

The Ares Ibooster will launch the Orion CrewExploration Vehicle, NASA's capsule-based shuttle successor, with anSRB-derived first stage to be built by Alliant Techsystems. NASA chose thedesign over competing boosters, such as the Atlas 5 or Delta 4 expendablelaunch vehicles (ELVs), before Horowitz rejoined the space agency as itsexploration chief in September 2005.

"Thephysics are [that] the ELV is not the right answer for this problem,"Horowitz said, adding that the SRB-derived design is on track. "Everystudy and every single analysis shows that it's the right answer and I have nodoubt that that's where we'll continue to be headed."

A newheavy-lift booster, the Ares V rocket, is also under development for future Moonmissions. NASA plans to retire its three-shuttle fleet by September 2010, launchits first crewed Orion mission by March of 2015 and aims for a manned Moonmission by no later than 2020.

"Thatis fully within our grasp, given everything that we know today," Horowitzsaid of the Moon plan.