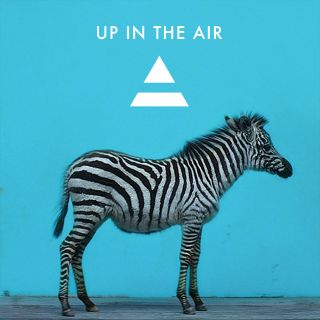 It's more than half-a-minute away and not quite the Red Planet, but the International Space Station is about to play host to Thirty Seconds to Mars.

The American rock band, fronted by actor Jared Leto, is sending their first new single in four years to the orbiting laboratory on Space Exploration Technologies' (SpaceX) Dragon capsule as part of a cargo mission contracted by NASA. The first copy of "Up in the Air" — Thirty Seconds to Mars' first single from the band's fourth studio record — will lift off with more than 1,200 pounds (540 kilograms) of science experiments and crew supplies on Friday (March 1) at 10:10 a.m. EST (1510 GMT).

The band, who will be at NASA's Kennedy Space Center in Florida to watch the launch, will visit Mission Control at the Johnson Space Center in Houston on March 18 where they will take part in a question and answer session with Expedition 35 flight engineer and NASA astronaut Thomas Marshburn live from onboard the space station. The orbital downlink will serve to "launch" the music single on Earth, which will premiere worldwide that day and be available at all digital retailers the following day, March 19.

Thirty Seconds to Mars are just the latest musicians to interact with the space station's residents. The astronauts recently spoke with singer Peter Gabriel and Expedition 35 commander and Canadian Space Agency astronaut Chris Hadfield collaborated with Ed Robertson, the frontman of the band Barenaked Ladies, to record the first duet of an original song performed simultaneously in space and on the ground.

The SpaceX mission carrying the copy of "Up in the Air" is the second of 12 unmanned resupply flights contracted by NASA using the California company's Falcon 9 rockets and Dragon capsules. The private spacecraft is part of a new fleet of U.S. commercial vehicles that are taking the place of NASA's now retired space shuttle program.

Thirty Seconds to Mars — comprising brothers Jared and Shannon Leto, as well as Tomo Milicevic — has sold over five million albums worldwide and the band's videos have more than 300 million views on YouTube. During the 2009 release of their previous album, "This is War," the group broke the Guinness World Record for most shows played during a single album cycle.