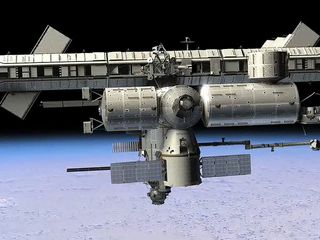 Despite bleak budget forecasts and the uncertainty surrounding NASA's human exploration program, opportunities for commercial space firms are better than they have been in decades, according to government and industry officials.

Not only do NASA Administrator Charles Bolden and Deputy Administrator Lori Garver seem to be very supportive of commercial space ventures, but the challenging budgetary environment means space agency officials are searching for innovative ways to meet their goals, said Jim Muncy, president of Alexandria, Va.-based consultancy PoliSpace and co-founder of the Space Frontier Foundation.

The foundation spotlighted the potential for partnerships between NASA and commercial spaceflight projects during the NewSpace 2009 conference in Mountain View, Calif., last month.

During her July 8 confirmation hearing before the Senate Commerce, Science and Transportation Committee, Garver said her recent experience working as a consultant in the commercial sector of the aerospace industry "taught me that the incredible talent and dedication of the work force not only resides at NASA, but also in private industry."

Government and industry officials point to other promising developments. When White House Science Adviser John Holdren called in May for a thorough review of the agency's human spaceflight plans and programs, he cited "stimulating commercial spaceflight capability" as one of the review board's primary goals.

Earlier this month, the committee reviewing NASA's spaceflight plans suggested the agency set aside $2.5 billion through 2014 to support efforts by commercial firms to develop new space vehicles for crew transportation to the International Space Station.

With the United States facing record deficits, NASA's budget is unlikely to grow during the next few years, a circumstance that will prevent NASA from undertaking ambitious programs alone, U.S. space agency officials said.

"In these fiscally constrained and challenging times. I think you will see a lot more partnerships with industry and international agencies," John Olson, NASA deputy for commercial space support and director of the exploration systems integration office, said during the conference.

After committing close to $500 million to help Orbital Sciences Corp. of Dulles, Va., and Space Exploration Technologies Corp. of Hawthorne, Calif., develop rockets and spacecraft designed to ferry supplies to the International Space Station, NASA in December agreed to pay the two companies a combined $3.5 billion to haul 20 tons of cargo to the station through 2016.

Those companies should be aware, however, of some of the potential obstacles they face in their quest for NASA contracts, a panel of space industry veterans said July 19.

"NASA is a big organization with a lot of needs that have to be met. So there are a lot of opportunities," said Bruce Pittman, flight projects director for the NASA Ames Research Center's Space Portal, an office here charged with helping private industry work with NASA. "But government organizations have their own policies and procedures."

Any entrepreneur who wants to win NASA contracts should become familiar with the federal acquisition regulations, the rules government agencies follow when buying goods and services, Pittman added.

In addition, Pittman warned that government agencies do not move as rapidly as private firms. "Entrepreneurs are used to doing things quickly," he said. "Government isn't that way. Even if everyone in an organization wants to proceed, it takes a long time to see things happen."

Another potential hurdle for entrepreneurs is the government's reliance on contracts that allow it to modify requirements midstream, panel members said. Often, government officials are wary of contracts that set a fixed price for goods or services, according to Muncy. As a result, NASA often conducts research and development programs under contracts that pay for the cost of developing a piece of equipment then add a negotiated fee. "That dramatically raises costs and stops investment of private resources to meet government goals," Muncy added.

All these factors should be taken into account when companies decide whether to compete for government contracts, said David Livingston, a business consultant and financial advisor.

"Conduct a cost-benefit analysis to see if you want to work with the government," he said. "When you get money from someone, there are strings attached. Don't forget to look at the risks and the strings."

Nevertheless, there are many people within government agencies including the Federal Aviation Administration (FAA) and NASA who are seeking innovative ways to work with commercial firms, said Ken Davidian, former commercial development policy lead for NASA's Exploration Systems Mission Directorate who now works in the FAA's Office of Commercial Space Transportation in Washington.

"Many of us inside the agency are trying to learn from past mistakes and trying to be better customers," said Doug Comstock, director of NASA's Innovative Partnerships Program, an effort to strengthen alliances with industry, academia, government agencies and national laboratories.

One champion of private industry is NASA Ames Director Pete Worden, according to the panel members. "He's created a friendly front door for entrepreneurs," Muncy said.

Worden told the NewSpace audience that he believes NASA should not focus on developing technology on its own, but should forge alliances with space industry entrepreneurs, information technology companies and biotechnology firms. "NASA should be more like [its predecessor] the National Advisory Committee for Aeronautics," Worden said. "NASA should midwife new industries."

The space agency has not always embraced that role, however. Conference participants cited many cases in which NASA did not support entrepreneurs. Zero Gravity Corp. of Las Vegas, for example, faced stringent requirements for handling combustion experiments aboard the parabolic flights designed to support NASA projects even though no such experiments were contemplated, Davidian said. While detailed requirements often create problems for private firms, government agencies are willing to pay companies to fulfill those requirements, he added.

Another benefit to working with the space agency is that NASA officials will often support risky research and development projects that are unlikely to be funded through other sources, Pittman said.