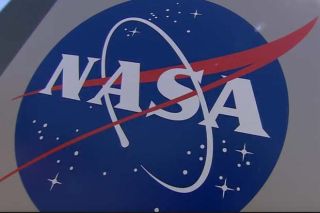 NASA's acting administrator, Robert Lightfoot, released a statement today (March 16) about the Trump Administration's newly-released 2018 budget proposal, which allocates $19.1 billion to the agency. That marks an 0.8 percent decrease from the adjusted 2017 funding level, according to the proposal. The proposed new budget increases funds for planetary science and continues funding for deep-space exploration while decreasing funds for Earth science and education.

"The President mentioned in his speech to both houses of Congress that, 'American footprints on distant worlds are not too big a dream.' NASA is already working toward that goal, and we look forward to exciting achievements that this budget will help us reach.

"NASA teams continue to do amazing work to develop and launch our missions and increase this nation's technical capabilities across the board. America needs NASA more than ever, and the agency's work every single day is vitally important.

"While more detailed budget information will be released in May, we have received a top line budget number for the agency as part of an overall government budget rollout of more than $19 billion. This is in line with our funding in recent years, and will enable us to effectively execute our core mission for the nation, even during these times of fiscal constraint.

"While the budget and appropriation process still has a long way to go, this budget enables us to continue our work with industry to enhance government capabilities, send humans deeper into space, continue our innovative aeronautics efforts and explore our universe.

"The budget supports our continued leadership in commercial space, which has demonstrated success through multiple cargo resupply missions to the International Space Station, and is on target to begin launches of astronauts from U.S. soil in the near future.

"The budget also bolsters our ongoing work to send humans deeper into space and the technologies that will require.

"As discussions about this budget proposal begin with Congress, we continue to operate under the funding provided by a Continuing Resolution that runs through April 28.

"Overall science funding is stable, although some missions in development will not go forward and others will see increases. We remain committed to studying our home planet and the universe, but are reshaping our focus within the resources available to us — a budget not far from where we have been in recent years, and which enables our wide ranging science work on many fronts.

"This budget also keeps aeronautics on stable footing allowing us to continue our forward movement in many areas, including the New Aviation Horizons initiative.

"While this budget no longer funds a formal Office of Education, NASA will continue to inspire the next generation through our missions and channel education efforts in a more focused way through the robust portfolio of our Science Mission Directorate. We will also continue to use every opportunity to support the next generation through engagement in our missions and the many ways that our work encourages the public to discover more.

"We remain committed to the next human missions to deep space, but we will not pursue the Asteroid Redirect Mission (ARM) with this budget. This doesn't mean, however, that the hard work of the teams already working on ARM will be lost. We will continue the solar electric propulsion efforts benefitting from those developments for future in space transportation initiatives. I have had personal involvement with this team and their progress for the past few years, and am I extremely proud of their efforts to advance this mission.

"This is a positive budget overall for NASA. I want to reiterate that we are committed to NASA's core mission of exploration — in all the ways we carry that out.

"As with any budget, we have greater aspirations than we have means, but this blueprint provides us with considerable resources to carry out our mission, and I know we will make this nation proud."