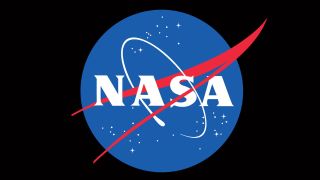 WASHINGTON — A former NASA contractor was arrested March 16 by the FBI at Dulles International Airport outside Washington while trying to catch a one-way flight to his native China, U.S. Rep. Frank Wolf (R-Va.) announced during a March 18 press conference here.

Bo Jiang, a Chinese national who worked as a contractor for the National Institute of Aerospace at NASA's Langley Research Center in Hampton, Va., is to be arraigned March 18 in U.S. District Court in Norfolk, Va. Jiang was arrested because he "lied to federal law enforcement authorities" about computer hardware he planned to take with him to China, court papers provided to the press by Wolf's office allege.

According to a complaint signed by FBI special agent Rhonda Squizzero, Jiang was carrying a laptop, a computer hard drive and a subscriber identity module, or SIM, card that he did not tell law enforcement officials about during a consensual search aboard the plane that would have carried him to Beijing on March 16.

Wolf, the chairman of the House Appropriations commerce, justice, science subcommittee, named Jiang last week during a hearing on alleged security violations at NASA field centers — one of multiple hearings the China critic has held on the subject this year.

Jiang, Wolf first alleged at a March 7 press conference, previously had unauthorized access at Langley to NASA data and technology, some of which he might have brought back to China. Wolf cited whistle blower reports from NASA employees at the aeronautics research center as the source of this information.

Wolf added March 18 that a Langley official, who he declined to name, sought exceptions to NASA security protocol on Jiang's behalf. Wolf cited internal agency emails as the source of that information.

Meanwhile, Squizzero's complaint says the FBI reviewed the whistle blower reports it received from Wolf's office March 13 and found the information in them "reliable." The reports played a part in the bureau's decision to arrest Jiang, the complaint says.

At a March 13 hearing before the subcommittee Wolf chairs, Paul Martin, NASA's inspector general, said Langley's Office of Security Services was investigating whether there had been security breeches at the center, but that agency counterintelligence experts did not believe they were dealing with an espionage case.

Jiang is being held in Norfolk, Wolf said.