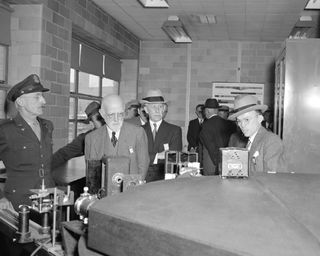 NACA dedicates the Aircraft Engine Research Laboratory with the help of some distinguised guests.
(Image: © GRC.)