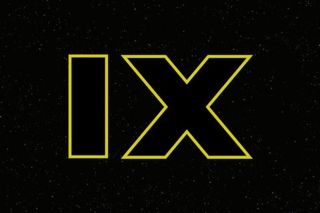 Star Wars: Episode IX will mark the end of Disney and LucasFilm's current slate of Star Wars movies, leading to an unspecified "hiatus" before more are released, according to Disney Chairman Bob Iger.

“We have not announced any specific plans for movies thereafter,” Iger told Bloomberg. There are movies in development, but we have not announced them. We will take a pause, some time, and reset, because the Skywalker saga comes to an end with this ninth movie. There will be other Stars Wars movies, but there will be a bit of a hiatus.”

While they haven't announced any specific projects, Lucasfilm has in fact officially announced a new trilogy by The Last Jedi director Rian Johnson (in November 2017) and a new series of films written and produced by Game of Throne's creators David Benioff and D.B. Weiss (in February 2018).

Iger cited a focus on television for new Star Wars projects as the reason for the film hiatus, though he also stressed that Star Wars films are still in development.

Lucasfilm will launch The Mandalorian TV series as one of the premiere titles for the upcoming Disney+ streaming service, which will also host unspecified future Star WarsTV projects. At least one of those projects, a still-untitled show based on Rogue One's Cassian Andor, has been confirmed.

And, according to Iger, that final film in the Skywalker saga, Star Wars: Episode IX, doesn't actually have a name yet - but he may have just been referring to publicly.

“It doesn’t have a name yet,” Iger explained. “We think it will be great.”

The world, however, expects to learn the name of Episode IX later Friday.

Star Wars: Episode IX is due out in theaters December 20.