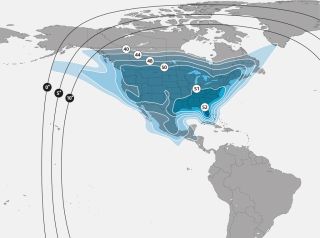 WASHINGTON — SES is moving customers off a 14-year-old geostationary communications satellite that's drifting in orbit following a "significant anomaly" discovered over the weekend.

"SES has taken immediate action in contacting all customers and is working to transfer services to alternative satellite capacity in order to minimize disruption," the company said in a June 19 statement.

Most of that traffic is being switched to other SES satellites, according to SES spokesperson Markus Payer, but might involve teaming up with other satellite operators where an SES substitute won't fit. He declined to say how much of AMC-9's capacity was in use at the time of the anomaly.

"I can't say where it is now, but it is moving, yes," Payer told SpaceNews June 19 by telephone. "It is a slow process [and] therefore can be fully under control, but of course we need to be in touch with the other operators."

Payer said SES is sharing location information with other satellite operators and government agencies involved in tracking the satellite.

The Luxembourg-based global fleet operator first became aware of a problem with AMC-9 the morning of June 17 — a Saturday – and was still assessing the situation two days later. The Thales Alenia Space-built satellite was launched in 2003 on a Russian Proton rocket.

Payer said SES does not know whether the satellite, which provides data and broadcast services over the U.S. and Mexico using C- and Ku-band, can be returned to service. Losing the satellite would cost SES up to 20 million euros ($22.3 million) in revenue this year, SES said. The company would also take a one-off impairment charge of 38 million euros for the lost asset.

Payer said SES does not intend to make an insurance claim for any loss of AMC-9. He said all of SES's satellites are insured, but declined to say how much coverage it still has for AMC-9.

AMC-9 was designed to last 15 years, but it is not uncommon for geostationary satellites to surpass that age and continue to generate revenue. Last month, SES relocated AMC-4, an 18-year old satellite, to cover flight routes for inflight connectivity provider Gogo, and sold all the capacity on AMC-3, a 20-year-old satellite, to Global Eagle Entertainment in January.