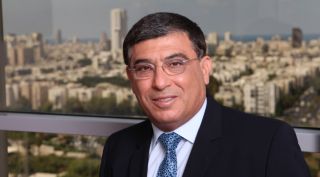 In an interview, Pollack said Tel Aviv-based Spacecom will move fast to secure gap filler capacity from neighboring satellite operators in the hope they will not take undue advantage of a weakened competitor.

The company will also investigate financing both a replacement Amos-6 and a new Amos-17 satellite that was already being competed by satellite builders.

Pollack also described how he learned of the failure while on a flight to Orlando, Florida, en route to Cape Canaveral Air Force Station to witness the launch, which had been planned for Sept. 3.

What is the failure's impact on the $285 million sale of your company to Beijing Xinwei, which was conditioned on the successful launch of Amos-6?

That company told us, very clearly, that they want to continue the discussion. The only question — and they did not mention this, but it's clear to me — is: What is the new price?

So the door remains open for the transaction?

Yes. They have the right, but not the obligation, to walk away.

Amos-6 was to replace your aging Amos-2 satellite. At what point will it need to be put into an orbit so inclined, to save fuel, that the current customers need to leave?

A: Our most important customers on Amos-2 will start feeling the effects of inclination in about half a year. We plan to find other solutions this year, meaning in 2016. If we need another month or two, we have it. But the target for me is to do everything that we can before the end of this year.

When did you learn your Amos-6 satellite was destroyed?

I was on a flight from New York to Orlando. This was an internal flight in the U.S. and it had live television service and internet. On television I saw some smoke from the Cape. It's a big facility and I thought: Who might that be? I hope it will not postpone our launch.

Then I realized: We don't need a launch. So it took us a minute or two before I realized that, actually, the guys under the smoke are us.

It was about an hour before we landed. When we landed I already had an email prepared to my management and board on what our war plan would be to get out of this crisis. So we started immediately.

So that's where we are: We have a program. It will change as circumstances change, and as other satellite operators approach us with goodwill — or less than goodwill — to help us or not. That's why I say I need to finish everything before the end of the year, with a margin of two or three months.

After the Amos-5 failure occurred, you said some of your counterparts in the region acted not with empathy.

They acted as if they saw blood in the jungle. With better or worse goodwill we will act. I can definitely say that with some of our competitors, they behaved beautifully and improved our relations. Some behaved as if they are only competitors, and have no empathy for a colleague in trouble.

Before Amos-6 was destroyed, you were in best-and-final negotiations for an Amos-17 satellite. Will that now be accelerated, or its specifications modified to add some of the capacity that was to have been offered on Amos-6?

We don't want to change anything on Amos-17. For Amos-6, we will have to see what we can get as a gap filler. That will have a lot of influence. I am looking for a gap filler. And we will need to see what will be the time difference between a Ku-beam-only Amos-6 replacement, or remaking the multi beam Ka-band payload as well. My priority is the Ku-band, but if we can by some miracle to resell the Ka-band to Facebook — I don't know about Eutelsat because they are launching their own satellite — then it will be great. I am not counting on it, but I can dream about it.

When do you expect to contract for Amos-17 given the new financial situation you are in?

We will have to take decisions very soon. We are not a very big company and people will now have to work double time. On Amos-17 there is almost no work to do as we have finalized everything. Only the decision making is left and now that is much more complicated. The board has not yet taken any decisions.

But very soon we will need to see how we can finance one or two satellites, and which of them is more urgent. That's why a lot depends on where we put customers on other satellites and whether we can have a gap filler. All will I hope be clear in the next month or six weeks.

SpaceX's decision to put satellites on the rocket before the standard static-fire test prelaunch, a policy that began only this year, allows the customer to agree or not to do this. Some have said no, others have said yes. You said yes: Could you explain that?

This was a decision made by IAI engineers. We were of course not just guests in the theater, but the front-line engineers were from IAI and SpaceX. I think they looked back on the latest launches to perform the engineering analysis.

I learned one thing years ago: Engineering is not mathematics.It seemed a prudent decision, and I am not sure the decision would have been different even now. We don't know the cause of the failure. There are many engineering configurations that need to be analyzed. I have not yet come to any conclusion that would lead me to question the decision.

I can tell you that no price or cost decisions were involved in the decision. And we were not the first to do the static with the satellite. Everybody will look at this now of course.

Because this was not a launch attempt, it was covered not by your launch policy, but by a prelaunch policy totaling around $280 million purchased by satellite builder IAI.

It was purchased by a leading space insurance broker for IAI. We have a contract with IAI under which they pay us back, with interest, everything we paid them. The contract was not dependent on their purchasing insurance. We asked them to purchase insurance and to verify that they did. But even if they hadn't, it's a clear-cut contract between us. The president of IAI has said there is such a contract and they will pay us.

The insurance policy value was substantially higher than the satellite's value.

They need to pay us back what we paid them plus agreed interest. So they could purchase insurance for a different value. We have already paid them about $175 million, and it is that sum, plus interest, that will be paid back. We paid according to milestones with the last milestone after in-orbit testing.

No that was not in our contract.

Your contract with SpaceX was one of the first signed by commercial fleet operator. Did it include a guaranteed preflight in the event of failure?

We have not started discussing with SpaceX the situation and it would not be right for me to discuss the contract's terms now. We need to let some time pass.

Your launch contract, which never entered effect, was for an even higher amount. Could you explain?

It was a contract with several pieces, not just launch plus one year. It had a piece that was launch plus five years, and some parts were for 15 years, the life of the satellite. The insurance market is now coming back to longer contracts.

Our launch insurance policy was for $330 million, but of course that would only go into effect the second the rocket ignites. They will need to refund us about $40 million for the premium we paid about a month ago.

You contracted with the Israeli government for Amos-6 capacity earlier this year. The contract was for five years, with an option for an additional eight years, for a maximum of $164 million. Does the government get a refund for advance payments on this contract?

Yes, I have to refund to them about $17 million that they prepaid. For a second contract they have not yet paid in advance, so I need to see what part of this sum I can retain if we have a gap filler or not.

Have you received the full $158 million in claims for the Amos-5 satellite's in-orbit failure in late 2015?

Yes. The insurers posed good questions and we and the manufacturer [ISS Reshetnev of Russia] had the answers. The way this was handled should give the market confidence in this industry.

You need an Amos-6 replacement and the Amos-17 as soon as possible. Will IAI get preferential treatment as Israel's national satellite builder? They should be able to offer a good price for an Amos-6 rebuild, even if it doesn't have Ka-band.

We are a publicly traded company. Everybody is closely watching us and we have to do what's best for our investors, and that's what we do. If IAI can be competitive, then why not? It's their challenge.