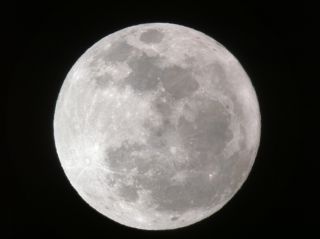 Russia plans to send cosmonauts to the moon and unmanned spacecraft to Mars, Venus and Jupiter, all by 2030, according to news reports.

These ambitious spaceflight goals are laid out in a strategy document drawn up recently by Russia's Federal Space Agency (known as Roscosmos), the Russian newspaper Kommersant reported Tuesday (March 13).

And there's more. Roscosmos wants a new rocket called Angara to become the nation's workhorse launch vehicle by 2020, replacing the venerable Soyuz and Proton rockets that have been carrying the load since the 1960s.

Angara will launch from a new spaceport in eastern Russia called Vostochny, Russian news outlet RT reports. Construction began on the $20 billion Vosotchny cosmodrome last year, and Roscosmos hopes it will be ready to replace the old Baikonur facility — which is outside Russia's borders, in neighboring Kazakhstan — by 2018.

Russia's new space vision focuses heavily on the moon. In addition to the manned lunar landing, Roscosmos is considering building a space station in orbit around Earth's nearest neighbor by 2030. Russia is a key partner in the recently completed International Space Station, but at the moment the $100 billion orbiting lab is only slated to operate through 2020.

In February 2011, for example, a Rockot launch vehicle failed to place an Earth-observing satellite in the proper orbit. On Aug. 18, a Proton rocket similarly underperformed, delivering a $300 million communications satellite to the wrong orbit.

Less than a week later, on Aug. 24, the unmanned Progress 44 supply ship crashed while hauling cargo to the space station. Progress 44 was done in by a problem with its Soyuz rocket. Russia uses a similar version of the Soyuz to launch astronauts to the space station, so manned flights were temporarily put on hold until the problem with the rocket could be identified and fixed.

A Soyuz 2 rocket crashed just after liftoff on Dec. 23, destroying a Russian military communications satellite. Finally, the failed Mars probe Phobos-Grunt came crashing back to Earth on Jan. 15, 2012, two months after getting stuck in Earth orbit shortly after liftoff.

Phobos-Grunt was the 19th spacecraft Russia has launched toward Mars since 1960. None has achieved full mission success.

While Russia did resume rocket launches after each incident, Roscosmos officials were forced to delay the planned launch of the next Soyuz spacecraft carrying a new space station crew after the capsule was damaged in a pressure test. The delay pushed the Soyuz crew launch back from a planned late March liftoff to no earlier than mid-May to allow time for repairs.