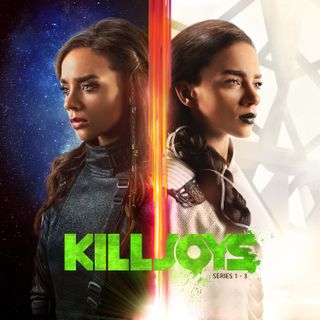 The first three seasons of Syfy's "Killjoys" are now available on the streaming service VRV.
(Image: © Courtesy of VRV/Ellation)

"Killjoys" fans, rejoice: Your favorite trio of space bounty hunters is now reliving its adventures on the streaming app VRV.

The app, which launched in November 2016, is a streaming service dedicated to "the best in anime, gaming, tech, cartoons + more," according to its website. It is currently available only in the U.S. The site includes other space content, too: Many space and science documentaries are provided through the CuriosityStream channel; several space-based anime series are available, and the service also has all the Stargate shows and movies (through a partnership with Stargate Command All-Access).

Fans in the U.S. have previously been able to stream "Killjoys" only on the Syfy channel's app in conjunction with their TV provider. But now, the first three seasons are also available on VRV; the first is available for free, while the second and third require a premium account. (If you want to binge-watch the series, you can take advantage of a 30-day free trials.)