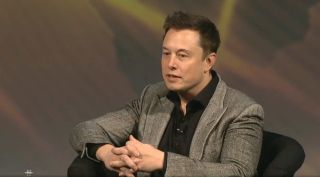 WASHINGTON — SpaceX is gearing up for both the first launch of its Falcon 9 rocket since a June launch failure and the first flight of a "significantly improved" version of the vehicle, but questions remain about the company’s plans to attempt to recover the rocket’s first stage.

SpaceX was planning a static fire test of the Falcon 9's first stage engines on its launch pad at Cape Canaveral, Florida, on Dec. 16. If successful, that test would clear the way for a launch attempt "about three days later," or Dec. 19, between 8 and 9 p.m. Eastern, according to a Dec. 10 press release from Orbcomm, the launch’s customer.

SpaceX has released few details about launch preparations, but Orbcomm said in a Dec. 14 statement that the 11 second-generation spacecraft being launched had been attached to the satellite dispenser and placed inside the rocket’s payload fairing. That statement indicated that the static fire test was still scheduled for Dec. 16. SpaceX spokesman John Taylor said Dec. 15 that the company was not disclosing when during the day the test would take place. [Video: Watch SpaceX Try to Land a Falcon 9 Rocket]

The launch will be the first for the Falcon 9 since a June 28 launch failure on a cargo mission to the International Space Station. SpaceX chief executive Elon Musk said in July that the failure was caused when a strut holding down a helium bottle within a propellant tank in the rocket's upper stage broke, causing the tank to overpressurize and burst.

The launch is also the first for an upgraded version of the Falcon 9. "There are a number of improvements in the rocket," Musk said in a Dec. 15 talk at the Fall Meeting of the American Geophysical Union (AGU) in San Francisco. The changes he mentioned included increased thrust, an improved stage separation system, and a stretched upper stage that can hold additional propellant. "I think it's a significantly improved rocket from the last one," he said.

Much of the attention on the upcoming launch has less to do with the launch vehicle’s return to flight or its payload, but rather with plans by SpaceX to attempt to recover the rocket’s first stage.

During a media tour of the Kennedy Space Center in early December, NASA officials said SpaceX was planning to land the first stage at a decommissioned launch site at Cape Canaveral called "Landing Complex 1" by SpaceX. Previous attempts to land the Falcon 9 first stage involved ships in the ocean downrange from the launch site.

SpaceX has not commented on those plans, which would require the approval of the Federal Aviation Administration. An FAA source said that approval would have to be incorporated into a revised version of the commercial launch license issued by the FAA for that mission.

That launch license, which covers both the upcoming Orbcomm launch as well as the earlier Falcon 9 launch of six Orbcomm satellites in July 2014, will need to be updated regardless of plans to land the first stage. The license refers to launches of the Falcon 9 version 1.1 rocket, while the upcoming launch will use the upgraded Falcon 9.

Musk, in his AGU talk, did not mention any plans to recover the first stage on the upcoming launch. He did, however, emphasize the importance of reusability for his long-term plans for human settlement of Mars. "With reusable rockets, we can reduce the cost of access to space by probably two orders of magnitude," or a factor of 100, he said.

Reusability, as well as the development of "really big" launch vehicles and production of rocket propellant on Mars itself, were factors Musk said were key to the future of any Mars settlement. "If we can do those things, then I think we can establish a self-sustaining civilization on Mars," he said.