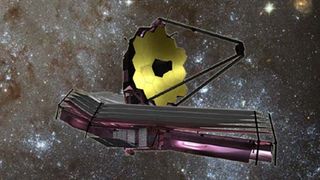 WASHINGTON — The House appropriations panel that oversees NASA unveiled a 2012 spending bill July 6 that would pull the plug on the budget-busting James Webb Space Telescope as part of a broader $1.6 billion cut that would roll back spending on the nation’s civil space program to pre-2008 levels.

The draft appropriations bill, which the subcommittee is scheduled to vote on July 7, also includes $1.95 billion for the Space Launch System — the heavy-lift rocket Congress ordered NASA to build for deep space exploration. The proposed 2012 funding level is $150 million more than the heavy lifter got for 2011, but some $700 million below the amount recommended in the NASA Authorization Act of 2010, which became law in October.

One of the proposed bill's features is the cancellation of NASA's over-budget James Webb Space Telescope, an ambitious $6.5 billion infrared observatory designed to peer deeper into the universe that the iconic Hubble Space Telescope.

In November 2010, an independent panel found that the new space telescope would cost an extra $1.5 billion and launch no earlier than September 2015, more than a year later than planned. Management and budget missteps were cited as the trouble, the panel found. [Video: James Webb Telescope's Tricky Deployment]

The bill also would provide $812 million for the Joint Polar Satellite System, or JPSS, being developed by the National Oceanic and Atmospheric Administration (NOAA).

SPACE.com Staff contributed to this report.Visit SPACE.com for complete coverage of NASA's final space shuttle mission or follow us @Spacedotcom and Facebook.