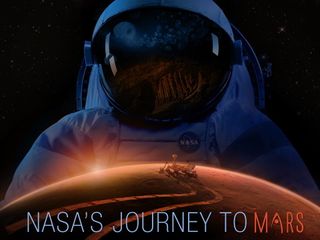 Orion is scheduled to blast off Thursday (Dec. 4) at 7:05 a.m. EST (1205 GMT) from Florida's Cape Canaveral Air Force Station on an unmanned mission called Exploration Flight Test-1 (EFT-1). If all goes according to plan, the capsule will zoom 3,600 miles (5,800 kilometers) from Earth, then come barreling back home to test out Orion's heat shield, avionics and other systems.

EFT-1 will mark the farthest journey of a human-spaceflight vehicle since 1972, when the last of NASA's Apollo missions flew to the moon and returned to Earth. But the agency envisions Orion traveling even farther afield — to near-Earth asteroids and, eventually, to Mars. [Orion's First Test Flight: Full Coverage]

"We're really excited for the EFT-1 launch this week," Mike Bolger, manager of the Ground Systems Development and Operations Program at NASA's Kennedy Space Center in Florida, said during a press briefing Tuesday (Dec. 2). "It's certainly a major step in our deep-space exploration plan to put astronauts on Mars."

Getting comfortable in deep space

NASA and other space agencies have learned a great deal from astronauts' experiences aboard the International Space Station over the last 15 years. But much more research will be required before NASA can put boots on Mars, which the agency hopes to do within the next two decades or so, officials said.

"Going from where we're at today with the space station to distances like Mars is extremely challenging," said Jason Crusan, director of advanced exploration systems at NASA. "With this week's flight of Orion, we're now entering into the next phase of advancing our capabilities, into what we call our 'proving ground' activities."

Those activities will take place farther out, in Earth-moon space, Crusan said, and will investigate a number of technologies and techniques, including how to design habitat modules for the long trip to Mars (such modules will attach to the Orion spacecraft, which is built mainly to get astronauts into space and back to Earth); how to execute spacewalks far from Earth; and the most efficient propulsion systems for deep-space journeys.

While traditional chemical propulsion has gotten NASA robots such as the Curiosity rover to Mars, a manned exploration effort will require a more efficient system to ferry much heavier loads, said James Reuther, NASA deputy associate administrator for space technology.

The space agency is thus eyeing solar electric propulsion (SEP), which uses energy from the sun to accelerate ions out the back of a spacecraft, generating thrust. SEP technology is already operational — it powers NASA's Dawn mission to the asteroid belt, for example — but will have to be stepped up considerably to aid in manned Mars exploration, Reuther said.

Because the 1-ton Curiosity rover maxed out the capability of NASA's "sky crane" landing system, the agency is also developing new ways to land extremely heavy payloads on Mars, Reuther said. Other ongoing work focuses on laser communications, which can beam much more information back to Earth per second than traditional radio systems, he added.

"If you're having astronauts there that are capable of gathering significant amounts of science data compared to robotic missions today, having that higher bandwidth in communications becomes essential," Reuther said.

After Thursday's flight, Orion won't launch again until 2018, when the capsule will cruise around the moon on the unmanned Exploration Mission-1. NASA wants the first crewed mission, currently scheduled for 2021 at the earliest, to take astronauts out to visit a captured asteroid in lunar orbit.

EFT-1 will lift off atop a United Launch Alliance Delta 4 Heavy rocket. But the 2018 and 2021 flights will use NASA's Space Launch System rocket (SLS), which is currently in development.

When it's finished, SLS will be the most powerful rocket ever built, boasting even more thrust than the Saturn V booster that blasted astronauts toward the moon in the Apollo era, NASA officials say. SLS is thus a key piece of the agency's deep-space exploration plans as well.

"We've been studying Mars robotically for over 40 years," said Chris Crumbly, manager of the SLS Advanced Development Office at NASA's Marshall Space Flight Center in Huntsville, Alabama. "SLS is going to enable human exploration of Mars. EFT-1 is the next big step."