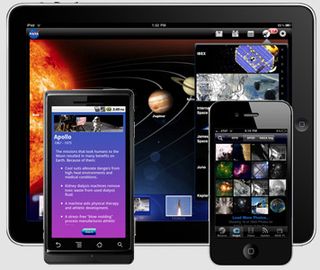 A new Android app lets users discover NASA technologies that have been successfully spun off into commercial products.

Called Spinoff, the appcontains a feed of NASA’s latest technology news, a searchable database of NASA-derived innovations and a map of spinoff locations.

A spinoff involves technology that was originally tested in space that has since been commercialized on Earth.

The map will highlight the locations of companies using various NASA technologies. [10 Profound Innovations Ahead]

The app also includes a historical timeline of spinoffs and a database of NASA’s available licensing opportunities to inspire future ones.

For decades, NASA innovations have made a direct impact on the everyday lives of citizens.

Commercialization of space technology has contributed to products and services in the fields of health and medicine, transportation, public safety, consumer goods, environmental resources and computer technology.

For example, Black & Decker's mini-vacuum the DustBuster first hit the U.S. consumer market in 1979, but the inner workings of the device came as a result of a partnership with NASA for the Apollo moon landings between 1963 and 1972.

This article was provided by TechNewsDaily, a sister site of SPACE.com.