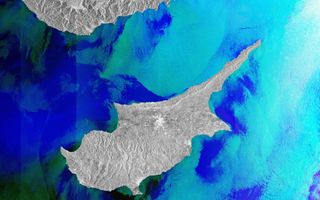 Covering part of the Eastern Mediterranean this Envisat image is dominated by the island of Cyprus. The capital and largest city, Nicosia, is located near the centre of the image.
(Image: © ESA)