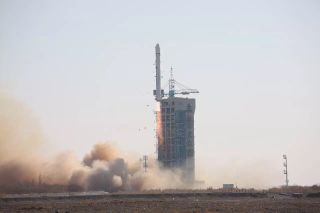 The rocket carried the new Land Survey Satellite 3 into orbit, according to a translated statement from the China Aerospace Science and Technology Corporation (known as CASC). The satellite will be used for remote-sensing of land resources, according to that statement.