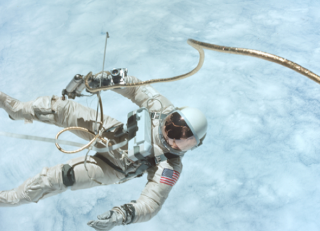 On Oct. 4, 2007, the Space Age celebrated the 50th anniversary of the historic launch of Sputnik, the first artificial satellite, by the former Soviet Union.

The space shot also launched the Space Race to the moon between the United States and the Soviet Union. But despite that turbulent beginning, the initial launch has led to five decades of triumphs and tragedies in space science and exploration.

Below is a timeline by Space News and SPACE.com chronicling the first 50 years of spaceflight. You are invited to walk through the half century of space exploration and click related links for more in depth information:

July 4, 1054: Chinese astronomers observe the supernova in Taurus that formed the Crab Nebula.

Mid-1700s: Hyder Ali, the Sultan of Mysome in India, begins manufacturing rockets sheathed in iron, not cardboard or paper, to improve their range and stability.

July 17, 1929: Robert Goddard launches a rocket that carries with it the first set of scientific tools — a barometer and a camera — in Auburn, Mass. The launch was Goddard's fourth.

Oct. 3, 1942: Germany successfully test launches the first ballistic missile, the A4, more commonly known as the V-2, and later uses it near the end of European combat in World War II.

Oct. 4, 1957: A modified R-7 two-stage ICBM launches the satellite Sputnik 1 from Tyuratam. The Space Race between the Soviet Union and the United States begins.

Nov. 3, 1957: The Soviet Union launches Sputnik 2 with the first living passenger, the dog Laika, aboard.

Dec. 6, 1957: A Vanguard TV-3 carrying a grapefruit-sized satellite explodes at launch; a failed response to the Sputnik launch by the United States.

Jan. 31, 1958: Explorer 1, the first satellite with an onboard telemetry system, is launched by the United States into orbit aboard a Juno rocket and returns data from space.

Oct. 7, 1958: NASA Administrator T. Keith Glennan publicly announces NASA's manned spaceflight program along with the formation of the Space Task Group, a panel of scientist and engineers from space-policy organizations absorbed by NASA. The announcement came just six days after NASA was founded.

Jan. 2, 1959: The U.S.S.R. launches Luna 1, which misses the moon but becomes the first artificial object to leave Earth orbit.

May 28, 1959: The United States launches the first primates in space, Able and Baker, on a suborbital flight.

Aug. 7, 1959: NASA's Explorer 6 launches and provides the first photographs of the Earth from space.

Sept. 12, 1959: The Soviet Union's Luna 2 is launched and two days later is intentionally crashed into the Moon.

Oct. 24, 1960: To rush the launch of a Mars probe before the Nov. 7 anniversary of the Bolshevik Revolution, Field Marshall Mitrofan Nedelin ignored several safety protocols and 126 people are killed when the R-16 ICBM explodes at the Baikonur Cosmodrome during launch preparations.

Feb. 12, 1961: The Soviet Union launches Venera to Venus, but the probe stops responding after a week.

April 12, 1961: Yuri Gagarin becomes the first man in space with a 108-minute flight on Vostok 1 in which he completed one orbit.

May 5, 1961: Mercury Freedom 7 launches on a Redstone rocket for a 15-minute suborbital flight, making Alan Shepard the first American in space.

May 25, 1961: In a speech before Congress, President John Kennedy announces that an American will land on the moon and be returned safely to Earth before the end of the decade.

Aug. 27, 1962: Mariner 2 launches and eventually performs the first successful interplanetary flyby when it passes by Venus.

Sept. 29, 1962: Canada's Alouette 1 launches aboard a NASA Thor-Agena B rocket, becoming the first satellite from a country other than the United States or Soviet Union.

July 28, 1964: Ranger 7 launches and is the Ranger series' first success, taking photographs of the moon until it crashes into its surface four days later.

March 23, 1965: Gemini 3, the first of the manned Gemini missions, launches with a two-person crew on a Titan 2 rocket, making astronaut Gus Grissom the first man to travel in space twice.

June 3, 1965: Ed White, during the Gemini 4 mission, becomes the first American to walk in space.

Jan. 14, 1966: The Soviet Union's chief designer, Sergei Korolev, dies from complications stemming from routine surgery, leaving the Soviet space program without its most influential leader of the preceding 20 years.

March 1, 1966: The Soviet Union's Venera 3 probe becomes the first spacecraft to land on the planetVenus, but its communications system failed before data could be returned.

March 16, 1966: Gemini 8 launches on a Titan 2 rocket and later docks with a previously launched Agena rocket — the first docking between two orbiting spacecraft.

Jan. 27, 1967: All three astronauts for NASA's Apollo 1 mission suffocate from smoke inhalationin a cabin fire during a launch pad test.

April 5, 1967: A review board delivers a damning report to NASA Administrator James Webb about problem areas in the Apollo spacecraft. The recommended modifications are completed by Oct. 9, 1968.

April 23, 1967: Soyuz 1 launches but myriad problems surface. The solar panels do not unfold, there are stability problems and the parachute fails to open on descent causing the death of Soviet cosmonaut Vladimir Komarov.

Oct. 11, 1968: Apollo 7, the first manned Apollo mission, launches on a Saturn 1 for an 11-day mission in Earth orbit. The mission also featured the first live TV broadcast of humans in space.

Dec. 21, 1968: Apollo 8 launches on a Saturn V and becomes the first manned mission to orbit the moon.

March 3, 1969: Apollo 9 launches. During the mission, tests of the lunar module are conducted in Earth orbit.

July 20, 1969: Six years after U.S. President John F. Kennedy's assassination, the Apollo 11 crew lands on the Moon, fulfilling his promise to put an American there by the end of the decade and return him safely to Earth.

Nov. 26, 1965: France launches its first satellite, Astérix, on a Diamant A rocket, becoming the third nation to do so.

April 13, 1970: An explosion ruptures thecommand module of Apollo 13, days after launch and within reach of the moon. Abandoning the mission to save their lives, the astronauts climb into the Lunar Module and slingshot around the Moon to speed their return back to Earth.

April 24, 1970: The People's Republic of China launches its first satellite, Dong Fang Hong-1, on a Long March 1 rocket, becoming the fifth nation capable of launching its own satellites into space.

June 6, 1971: Soyuz 11 launches successfully, docking with Salyut 1. The three cosmonauts are killed during re-entry from a pressure leak in the cabin.

Oct. 28, 1971: The United Kingdom successfully launches its Prospero satellite into orbit on a Black Arrow rocket, becoming the sixth nation capable of launching its own satellites into space.

Nov. 13, 1971: Mariner 9 becomes the first spacecraft to orbit Mars and provides the first complete map of the planet's surface.

Sept. 5, 1977: Voyager 1 is launched to perform flybys of Jupiter and Saturn.

Sept. 29, 1977: Salyut 6 reaches orbit. It is the first space station equipped with docking stations on either end, which allow for two vehicles to dock at once, including the Progress supply ship.

July 11, 1979: Skylab, the first American space station, crashes back to Earth in the sparsely populated grasslands of western Australia.

July 18 1980: India launches its Rohini 1 satellite. By using its domestically developed SLV-3 rocket, India becomes the seventh nation capable of sending objects into space by itself.

Feb. 7, 1984: Astronauts Bruce McCandless and Robert Stewart maneuver as many as 328 feet (100 meters) from the Space Shuttle Challenger using the Manned Maneuvering Unit, which contains small thrusters, in the first ever untethered spacewalks.

Jan. 24, 1986: Voyager 2 completes the first and only spacecraft flyby of Uranus.

March 13, 1986: A two-cosmonaut crew launches aboard Soyuz T-15 to power up the Mir space station. During their 18-month mission, they also revive the abandoned Salyut 7, and take parts that are later placed aboard Mir.

Nov. 15, 1988: The Soviet Union launches its Buran space shuttle on its only flight, an unpiloted test.

May 4, 1989: The Space Shuttle Atlantis launches the Magellan space probe to use radar to map the surface of Venus.

Oct. 29, 1991: The U.S. Galileo spacecraft, on its way to Jupiter, successfully encounters the asteroid Gaspra, obtaining images and other data during its flyby.

April 23, 1992: The U.S. Cosmic Background Explorer spacecraft detects the first evidence of structure in the residual radiation left over from the Big Bang that created the Universe.

Feb. 7, 1994: The first Milstar secure communications satellite launches. The geosynchronous satellites are used by battlefield commanders and for strategic communications.

Jan. 26, 1995: A Chinese Long March rocket carrying the Hughes-built Apstar-1 rocket fails. The accident investigation, along with the probe of a subsequent Long March failure that destroyed an Intelsat satellite, leads to technology-transfer allegations that ultimately result in the U.S. government barring launches of American-built satellites on Chinese rockets.

July 13, 1995: Galileo releases its space probe, which is bound for Jupiter and its moons.

Aug. 7, 1996: NASA and Stanford University researchers announce a paper contending that a 4-billion-year-old Martian meteorite, called ALH 84001, found in Antarctica in 1984, contains fossilized traces of carbonate materials that suggest primitive life might once have existed on Mars. That contention remains controversial.

July 4, 1997: The Mars Pathfinder lander and its accompanying Sojourner rover touch down on the surface of Mars.

Sept. 9, 1998: A Russian Zenit 2 rocket launches and subsequently crashes, destroying all 12 Loral-built Globalstar satellites aboard. The payload had an estimated value of about $180 million.

March 18, 2001: After launch delays with XM-1, XM Satellite Radio's XM-2 satellite becomes the company's first satellite in orbit when it is launched by Sea Launch Co.

March 23, 2001: After being mothballed in 1999, Mir descends into the Earth's atmosphere and breaks up over the Pacific Ocean.

May 6, 2001: U.S. entrepreneur Dennis Tito returns to Earth aboard a Russian Soyuz spacecraft to become the world's first paying tourist to visit the International Space Station.

Feb. 1, 2003: The Space Shuttle Columbia disintegrates as it re-enters the Earth's atmosphere, killing the crew. Damage from insulating foam hitting the orbiter's leading wing on liftoff is later cited as the cause of the accident.

Aug 22, 2003: The VLS-V03, a Brazilian prototype rocket, explodes on the launch pad at Alcántara killing 21 people.

Jan. 14, 2004: President George W. Bush advocates space exploration missions to the moon and Mars for NASA in his Vision for Space Exploration speech.

July 26, 2005: Discovery becomes the first shuttle to launch since the Columbia disaster more than two years before. While the crew returned safely, the loss of several pieces of foam debris prompted further investigation, which delayed future shuttle missions.

Jan. 19, 2006: New Horizons, NASA's first-ever mission to the dwarf planet Pluto and its moons, launches atop an Atlas 5 rocket from Cape Canaveral, Florida. Flies past Jupiter one year later in what is billed as NASA's fastest mission to date.

Sept. 9., 2006: NASA resumes construction of the International Space Station with the launch of the shuttle Atlantis on STS-115 after two successful return to flight test missions. Atlantis' launch occurs after nearly four years without a station construction flight.

Oct. 11, 2006: Lockheed Martin completes the sale of its majority share in International Launch Services to Space Transport Inc. for $60 million.

Jan. 11, 2007: China downs one of its weather satellites, Fengyun-1C, with a ground launched missile. In doing so, China joins Russia and the United States as the only nations to have successfully tested anti-satellite weapons.

Sept. 27, 2007: Dawn, the first ion-powered probe to visit two celestial bodies in one go, launches on an eight-year mission to the asteroid Vesta and dwarf planet Ceres, the two largest space rocks in the solar system.