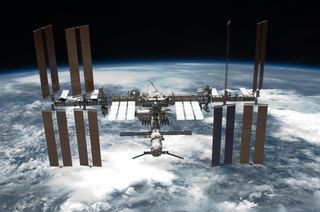 NASA has picked a nonprofit organization to run all science research on the American portions of the International Space Station.

The organization is the Center for the Advancement of Science in Space Inc. (CASIS), which will be based at the Space Life Sciences Laboratory near NASA’s Kennedy Space Center in Cape Canaveral, Fla.

NASA will pay CASIS up to $15 million a year to manage the U.S. portion of the International Space Station, with the aim of opening up the orbiting lab's facilities for use by a broad range of U.S. scientific, technological and industrial researchers.

"The space station is the centerpiece of NASA's human spaceflight activities, and it is truly a national asset," NASA Administrator Charles Bolden said in a statement. "This agreement helps us ensure the station will be available for broad, meaningful and sustained use." [Graphic: The International Space Station Inside and Out]

After 13 years of assembly, the $100 billion orbiting laboratory is now complete and is expected to operate until at least 2020. The football-field length station houses numerous modules with open research space, and typically hosts six live-in astronaut residents at a time.

CASIS will work to increase the use of the station by NASA and non-NASA scientists alike, and to nurture research in a variety of basic and applied scientific fields. The organization will judge research proposals on their scientific and economic value, and will match potential research and development opportunities with funding sources, officials said.

The group will also be in charge of increasing awareness of research on the space station among schools and students though educational activities. [Horror Stories From Space: 10 Ways Life in Orbit Can Be Rough]