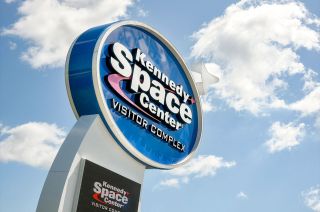 Many of the NASA visitor centers and space history museums located across the United States have now temporarily closed as a public health precaution, supporting the effort to contain the spread of the coronavirus (COVID-19) pandemic.

The safety measure has also postponed plans to celebrate the 50th anniversary of NASA's Apollo 13 mission in April.

"Out of an abundance of extreme caution and in the best interest of our guests and crewmembers, Kennedy Space Center Visitor Complex will temporarily be closed as of March 16, 2020 until further notice," the privately-operated visitor center for NASA's Florida spaceport announced. "During this closure guests will not be permitted onto visitor complex grounds."

When it is deemed safe for the public to return, the entire facility will be cleaned and sanitized prior to re-opening.

"As always, the health and safety of our employees and guests is the highest priority for Kennedy Space Center Visitor Complex. Our goal is also to mitigate the spread of the virus," a statement from the complex read.

Space Center Houston, the visitor center for NASA's Johnson Space Center in Texas, has closed its doors through March 27, with plans to reassess in the coming weeks. NASA previously curtailed tours of the Mission Control Center and Johnson's astronaut training facilities.

The U.S. Space & Rocket Center in Huntsville, Alabama, which serves as the visitor center for NASA's Marshall Space Flight Center, closed its museum through April 3. Space Camp, also located at the center, is remaining open for the U.S. students who were already scheduled to attend.

(On Saturday, Marshall Space Flight Center moved to a mandatory telework status after one of its employees tested positive for the coronavirus.)

The Smithsonian Institution closed all of its museums on Saturday, including the National Air and Space Museum in Washington, DC and its annex in Virginia, the Steven F. Udvar-Hazy Center.

"We are closely monitoring the coronavirus situation and maintain ongoing communication with local health officials and the Centers for Disease Control. Due to the rapidly changing nature of the situation, we are not announcing a re-opening date at this time," the Smithsonian stated on its website.

In addition to the museum closures, several galas celebrating the 50th anniversary of NASA's Apollo 13 mission have now been postponed.

Apollo 13 events, including appearances by Jim Lovell and Fred Haise, planned by the Cosmosphere for April 4; at the San Diego Air & Space Museum on April 11; and by the Astronaut Scholarship Foundation at Kennedy Space Center for April 18 have been deferred to later dates still to be decided. A gala hosted by the INFINITY Science Center has been postponed from March 21 to Oct. 17.