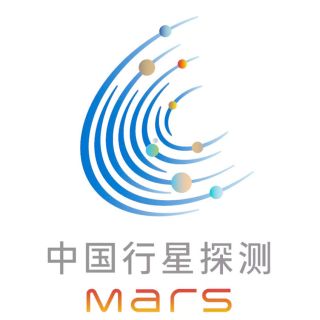 China revealed the name and logo for its first mission aimed at landing on the planet Mars to mark the 50th anniversary of its first satellite launch.

Celebrating the country's Space Day on Friday (April 24), the China National Space Administration (CNSA) announced that its upcoming robotic mission to the Red Planet will be named "Tianwen-1." The name, borrowed from an ancient Chinese verse by poet Qu Yuan, translates to "questions about the heavens."

"In 'Tianwen,' Qu Yuan raised a series of questions in verse involving the sky, stars, natural phenomena, myths and the real world, showing his doubts about some traditional concepts and the spirit of seeking the truth," reported the state-run Chinese news service Xinhua.

Related: This is the 1st Photo of China's Mars explorer launching in 2020

Slated to launch on a Long March 5 rocket from Wenchang, China, in July, the Tianwen-1 mission will attempt to deploy an orbiter above Mars, as well as deposit a lander and rover on the Martian surface. Designed to study the composition of the Martian atmosphere, as well contribute to the ongoing search for past and present life on the planet, the Tianwen-1 spacecraft is expected to arrive at Mars in February 2021, though the probe and rover's landing may not take place until a few months later.

Few details about the mission have been released, but the Tianwen-1 lander and rover will use a parachute, retrorockets and airbags to touch down at one of two possible sites in the Utopia Planitia region. The solar-powered, six-wheeled rover, which is expected to receive its own name by a popular vote at a later date, was developed to operate for at least three Earth months once on the Martian surface.

If the orbiter portion of the Tianwen-1 mission is successful, China will become either the fifth or sixth government to place a spacecraft into orbit around Mars. The U.S., Russia, the European Space Agency and India have all successfully circled probes, while the United Arab Emirates' (UAE) first Mars orbiter is slated to launch from Japan during the same July to August window as China is targeting. If the mission as a whole is successful, China will become the third nation to land and the second to rove on the Red Planet. (The U.S. and Russia are the only nations to land on Mars to date and the only rovers have been sent by the U.S.)

The Tianwen-1 mission marks the second time that China has attempted to orbit Mars. The country's Yinghuo-1 orbiter was launched with Russia's Phobos-Grunt mission in 2011, but its rocket failed before leaving Earth orbit.

In announcing the Tianwen-1 name on Friday, CNSA chief Zhang Kejian said that his agency intends to use the title for all of its planetary exploration missions, "signifying the Chinese nation's perseverance in pursuing truth and science and exploring nature and the universe," Xinhua reported.

CNSA has landed two Chang'e probes with Yutu rovers on the moon, including the first mission to touch down on the far side of the lunar surface, a mission that remains active today.

CNSA also revealed a logo to represent to its Tianwen exploration program. Shaped like the letter "C" for China, the emblem also depicts planets in orbit. The Tianwen-1 version of the logo includes the word "Mars" at its bottom.

In 2017, China released a shortlist of eight names and logos for the Mars mission, including Tianwen. A public vote was expected to choose the winner, but none of the eight candidates matched the logo revealed on Friday.

China's Space Day, celebrated annually on April 24, marks the anniversary of the country's first orbital launch in 1970. The Dongfanghong I ("The East is Red 1") satellite broadcast China's de facto national anthem (by the same title of as the satellite) for 20 days.