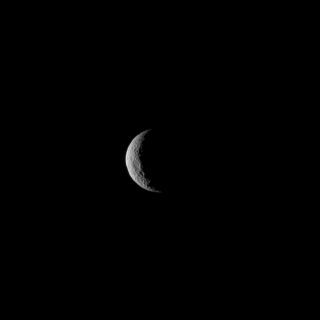 The year of the dwarf planet has begun.

NASA's Dawn probe arrived at Ceres today (March 6) at about 7:39 a.m. EST (1239 GMT), becoming the first spacecraft ever to orbit a dwarf planet. Dawn's observations over the next 16 months should lift the veil on Ceres, which has remained largely mysterious since it was first spotted more than two centuries ago.

"Since its discovery in 1801, Ceres was known as a planet, then an asteroid and later a dwarf planet," Dawn mission director and chief engineer Marc Rayman, who's based at NASA's Jet Propulsion Laboratory (JPL) in Pasadena, California, said in a statement. "Now, after a journey of 3.1 billion miles (4.9 billion kilometers) and 7.5 years, Dawn calls Ceres 'home.'" [Read more coverage of Dawn's Ceres arrival]

NASA officials got a signal from Dawn confirming that it's healthy and in orbit at about 8:36 a.m. EST (1336 GMT) today.

The milestone comes just four months ahead of another highly anticipated dwarf-planet encounter: On July 14, NASA's New Horizons probe will zoom through the Pluto system, giving scientists their first good looks at that faraway dwarf planet and its five known moons.

Dawn of the solar system

The $473 million Dawn mission launched in September 2007 to study Vesta and Ceres, the two largest objects in the main asteroid belt between Mars and Jupiter. Vesta's diameter is 330 miles (530 km), while Ceres is about 590 miles (950 km) wide.

Both Vesta and Ceres are leftovers from the solar system's early days, planetary building blocks that would likely have kept growing if not for the interfering influence of Jupiter's immense gravitational tug.

The two bodies are "intact protoplanets from the very dawn of the solar system," Dawn Deputy Principal Investigator Carol Raymond, also of JPL, said during a news conference Monday (March 2)." So they're literally fossils that we can investigate to really understand the processes that were going on at that time."

Dawn orbited Vesta from July 2011 through September 2012, when the probe departed for Ceres. So today's arrival made history in another way as well: Dawn became the first spacecraft ever to orbit two objects beyond the Earth-moon system. [Photos: Asteroid Vesta and NASA's Dawn Spacecraft]

The mission's spaceflight feats are made possible by Dawn's innovative propulsion system, which accelerates xenon ions out the back of the spacecraft. This process generates tiny amounts of thrust; it would take Dawn four days to go from 0 to 60 mph (97 km/h), team members have said.

But Dawn's ion drive is about 10 times more efficient than traditional chemical systems. So the engines can keep firing for weeks, months and years, accelerating Dawn to tremendous speeds.

"With the 1,000 lbs. [454 kilograms] of xenon propellant that was loaded on board, Dawn has already accomplished more than 24,000 mph [38,624 km/h] of velocity change," Dawn project manager Robert Mase of JPL said during Monday's news conference. "To put that in context: That's more than it takes to get a vehicle from the surface of the Earth up to the International Space Station."

Thanks to ion propulsion, Dawn crept up on Ceres slowly and gradually. The probe eased into orbit today without the need for any harrowing make-or-break maneuvers.

The mysteries of Ceres

Ceres is an intriguing world that in many ways looks more like the icy moons of the outer solar system, such as Jupiter's satellite Europa and the Saturn moon Enceladus, than its rocky neighbors in the asteroid belt.

For example, the dwarf planet is thought to consist of 25 to 30 percent water by mass, mostly in the form of ice. Ceres may also once have had (and might even still possess) an ocean of liquid water beneath its surface, as Europa and Enceladus are thought to. Indeed, some researchers believe Ceres may be capable of supporting microbial life.

"It's really going to be exciting to see what this exotic, alien world looks like," Rayman told Space.com in late January. "We're finally going to learn about this place."

Dawn is not equipped to search for signs of life. But the probe might be able to spot evidence of an underground ocean (if it exists), if it burbles up in places to interact with surface rocks, Rayman said. Measurements of Ceres' surface temperatures, when coupled with models of heat transportation through Ceres, could also shed light on the question of underground liquid water, said Dawn principal investigator Chris Russell of UCLA.

Dawn will also investigate two Ceres mysteries that have cropped up in the past year or so. Mission scientists will try to figure out just what is producing Ceres' mysterious bright spots, and they'll attempt to confirm and characterize a tenuous water-vapor plume spotted recently by researchers using Europe's Herschel Space Observatory.

Overall, Dawn will characterize the dwarf planet in detail, mapping out its surface and determining what Ceres is made of, among other tasks.

"We'll do typical planetary geology, more similar to what we do on Mars than what we did with Vesta," Russell told Space.com.

This work will not start immediately; Dawn will spend the next six weeks spiraling down to its initial science orbit, getting there on April 23. The probe will then begin taking Ceres' measure from an altitude of 8,400 miles (13,500 km). Dawn will study the dwarf planet from a series of increasingly closer-in orbits until the mission ends in June 2016.

While Ceres and Pluto are both dwarf planets — a category created by the International Astronomical Union (IAU) in 2006, when it demoted Pluto from a full-fledged planet in a decision that remains controversial today — they're quite different from each other, Russell said.

"Pluto formed differently, formed at a different time and formed out of different materials" than Ceres, he said.

Pluto is also more than twice as wide as Ceres and lies more than 14 times farther from the sun than the queen of the asteroid belt does. So the data returned by Dawn and New Horizons will likely not paint a unifying picture of just what it means to be a dwarf planet, Russell said.

"The legacy [of the two missions] is freeing these bodies from arbitrary labels based on their size or their ability to scatter other objects, or whatever the IAU had going through its head," he said. "These bodies are being liberated from classification, and we now can understand them in their own right."

Editor's Note: This story was updated with more details about Dawn's arrival at 10 a.m. EST on March 6.