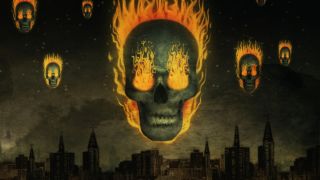 The newest episode of "Cosmos: A Spacetime Odyssey" dove into all things big and small including the history of modern science.

Aired Sunday night (March 23), the third episode of the reboot of Carl Sagan's beloved TV show "Cosmos: A Personal Voyage" explains how knowledge of the workings of gravity, comets and the solar system changed the way that humans look at the stars and science. Here are five celestial facts we learned in last night's third episode of "Cosmos: A Spacetime Odyssey":

Comets were seen as harbingers of doom

For many ancient cultures, a comet's appearance in the sky was seen as a precursor to destruction, disease and other major problems that mean bad news for the people of the region. ["Cosmos" on TV: Complete Coverage]

"It didn't matter if you were an ancient Aztec, Anglo Saxon, Babylonian, Hindu, comets were portents of doom," "Cosmos" host and astrophysicist Neil deGrasse Tyson said during the program. "The only difference among them was the precise nature of the coming disaster."

Ancient Chinese stargazers were very specific about the types of comets that brought specific problems to their home country, Tyson said. For example, a comet with four tails meant that an epidemic was on the way.

Today, comets are usually named for the people that discovered them, however, that isn't the case with Halley's comet, the most famous periodic comet. Halley's comet appears in the night sky about once every 75 or 76 years, and while Edmund Halley (the comet's namesake) didn't discover it, he did predict the orbits of comets around the sun for the first time. By recognizing a pattern in his research, Halley was the first to track the period of the comet eventually named for him, Tyson said.

"Halley hunted down every astronomical observation of a comet recorded in Europe between 1472 and 1698," Tyson said. "And remember, there was no such thing as a search engine or a computer. All Halley had were his books and his mind … Halley had to take the observations made for each comet and find the shape of its actual path through space … In an arduous, tour-de-force of mathematical brilliance, Halley discovered that comets were bound to the sun in long, elliptical orbits."

The Royal Society — a society for science in the U.K. — spent most of its money on printing the book "The History of Fish," leaving little funding to produce Isaac Newton's scientific masterpiece "Philosophiae Naturalis Principia Mathematica." Newton's book mapped out the three laws of motion of the universe, explaining how and why the planets orbit the sun the way they do. But Edmond Halley came to the rescue.

"Everything depended on whether or not Edmond Halley could get Newton's book out to the wider world," Tyson said. "Halley resolved not only to edit Newton's book, but to publish it at his own expense."

Comets come from the Oort cloud

A mass of icy bodies on the outskirts of the solar system, known as the Oort cloud, circles the sun from beyond Neptune's orbit.

"These are the snows of yesteryear," Tyson said of the Oort cloud. "Drifting mountains of ice and rock, the preserved remnants of the birth of the solar system."

Named for Jan Oort, the first astronomer to suggest that comets could come into the inner solar system from the far reaches of the sun's influence. Some comets, like Halley's comet, are periodic, coming into view on a regular basis, but others, like Comet ISON in 2013, dive toward the sun for the first time after slight changes in orbit.

The Milky Way and Andromeda will become one galaxy eventually

Billions of years from now, the Milky Way and the Andromeda galaxies will crash into one another, forming one galaxy.

"Because the distances between the stars are so great compared to their sizes, few, if any stars in either galaxy will actually collide," Tyson said. "Any life on the worlds of that far off future should be safe, but they would be treated to an amazing billion-year-long light show. A dance of a half trillion stars."