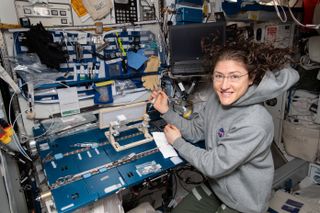 NASA has ordered a review of the nonprofit organization that oversees the U.S. laboratory on the International Space Station to evaluate its commercial strengths and weaknesses.

That organization, called the Center for the Advancement of Science in Space (CASIS) and sometimes known as the ISS National Laboratory, took over managing the facility in 2011. The review's goal includes a "strategic pause" in the organization's activities, according to a NASA document acquired by Space News.

"LEO commercialization is an important priority for the future space economy," NASA Administrator Jim Bridenstine wrote on Twitter on Aug. 13. "NASA is calling for an independent review team to evaluate the ISS Nat'l Lab, managed by CASIS, to ensure we are on mission & appropriately resourced to produce breakthroughs that improve lives on Earth."

Bridenstine added that the review would be overseen by Elizabeth Cantwell, a senior vice president for research at the University of Arizona. Cantwell will be reporting to two mission directorates within NASA: science, and human exploration and operations.

According to Space News, the review also includes a "strategic pause in CASIS activities" for the duration of the review, which NASA estimates will take about three months. The publication also reports that a separate NASA memo moves the agency's contact with CASIS out of the ISS division and into a division focused on commercial activities in low Earth orbit.

The announcements come two months after NASA announced that private astronauts would be able to visit the space station for up to a month at a time as part of the agency's push to increase commercial interest in space.