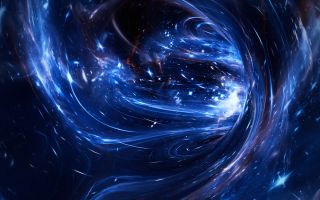 Scientists revel in exploring mysteries, and the bigger the mystery, the greater the enthusiasm. There are many huge unanswered questions in science, but when you're going big, it's hard to beat "Why is there something, instead of nothing?"

That might seem like a philosophical question, but it's one that is very amenable to scientific inquiry. Stated a little more concretely, "Why is the universe made of the kinds of matter that makes human life possible so that we can even ask this question?" Scientists conducting research in Japan have announced a measurement last month that directly addresses that most fascinating of inquiries. It appears that their measurement disagrees with the simplest expectations of current theory and could well point toward an answer of this timeless question.

Their measurement seems to say that for a particular set of subatomic particles, matter and antimatter act differently.

Using the J-PARC accelerator, located in Tokai, Japan, scientists fired a beam of ghostly subatomic particles called neutrinos and their antimatter counterparts (antineutrinos) through the Earth to the Super Kamiokande experiment, located in Kamioka, also in Japan. This experiment, called T2K (Tokai to Kamiokande), is designed to determine why our universe is made of matter. A peculiar behavior exhibited by neutrinos, called neutrino oscillation, might shed some light on this very vexing problem. [The 18 Biggest Unsolved Mysteries in Physics]

Asking why the universe is made of matter might sound like a peculiar question, but there is a very good reason that scientists are surprised by this. It's because, in addition to knowing of the existence of matter, scientists also know of antimatter.

In 1928, British physicist Paul Dirac proposed the existence of antimatter — an antagonistic sibling of matter. Combine equal amounts of matter and antimatter and the two annihilate each other, resulting in the release of an enormous amount of energy. And, because physics principles usually work equally well in reverse, if you have a prodigious quantity of energy, it can convert into exactly equal amounts of matter and antimatter. Antimatter was discovered in 1932 by American Carl Anderson and researchers have had nearly a century to study its properties.

However, that "into exactly equal amounts" phrase is the crux of the conundrum. In the brief moments immediately after the Big Bang, the universe was full of energy. As it expanded and cooled, that energy should have converted into equal parts matter and antimatter subatomic particles, which should be observable today. And yet our universe consists essentially entirely of matter. How can that be?

Since this puzzle was understood nearly a century ago, researchers have been studying matter and antimatter to see if they could find behavior in subatomic particles that would explain the excess of matter. They are confident that matter and antimatter are made in equal quantities, but they have also observed that a class of subatomic particles called quarks exhibit behaviors that slightly favor matter over antimatter. That particular measurement was subtle, involving a class of particles called K mesons which can convert from matter to antimatter and back again.  But there is a slight difference in matter converting to antimatter as compared to the reverse.  This phenomenon was unexpected and its discovery led to the 1980 Nobel prize, but the magnitude of the effect was not enough to explain why matter dominates in our universe.

Thus, scientists have turned their attention to neutrinos, to see if their behavior can explain the excess matter. Neutrinos are the ghosts of the subatomic world. Interacting via only the weak nuclear force, they can pass through matter without interacting nearly at all. To give a sense of scale, neutrinos are most commonly created in nuclear reactions and the biggest nuclear reactor around is the Sun. To shield one's self from half of the solar neutrinos would take a mass of solid lead about 5 light-years in depth. Neutrinos really don't interact very much.

Between 1998 and 2001, a series of experiments — one using the Super Kamiokande detector, and another using the SNO detector in Sudbury, Ontario ­­— proved definitively that neutrinos also exhibit another surprising behavior. They change their identity.

Physicists know of three distinct kinds of neutrinos, each associated with a unique subatomic sibling, called electrons, muons and taus. Electrons are what causes electricity and the muon and tau particle are very much like electrons, but heavier and unstable.

The three kinds of neutrinos, called the electron neutrino, muon neutrino and tau neutrino, can "morph" into other types of neutrinos and back again. This behavior is called neutrino oscillation. [Wacky Physics: The Coolest Little Particles in Nature]

Neutrino oscillation is a uniquely quantum phenomenon, but it is roughly analogous to starting out with a bowl of vanilla ice cream and, after you go and find a spoon, you come back to find that the bowl is half vanilla and half chocolate. Neutrinos change their identity from being entirely one type, to a mix of types, to an entirely different type, and then back to the original type.

Let's consider this a little more fully, but in a simplified way: Suppose that there were only two neutrino types — muon and electron. Suppose further that you had a beam of purely muon type neutrinos. Neutrinos oscillate at a specific speed and, since they move near the speed of light, they oscillate as a function of distance from where they were created. Thus, a beam of pure muon neutrinos will look like a mix of muon and electron types at some distance, then purely electron types at another distance and then back to muon-only. Antimatter neutrinos do the same thing.

However, if matter and antimatter neutrinos oscillate at slightly different rates, you'd expect that if you were a fixed distance from the point at which a beam of pure muon neutrinos or muon antineutrinos were created, then in the neutrino case you'd see one blend of muon and electron neutrinos, but in the antimatter neutrino case, you'd see a different blend of antimatter muon and electron neutrinos. The actual situation is complicated by the fact that there are three kinds of neutrinos and the oscillation depends on beam energy, but these are the big ideas.

The observation of different oscillation frequencies by neutrinos and antineutrinos would be an important step towards understanding the fact that the universe is made of matter.  It’s not the entire story, because additional new phenomena must also hold, but the difference between matter and antimatter neutrinos is necessary to explain why there is more matter in the universe. [5 Mysterious Particles That May Lurk Beneath Earth's Surface]

When T2K measured this variable, they found it was inconsistent with the hypothesis that neutrinos and antineutrinos oscillate identically. A little more technically, they determined a range of possible values for this variable. There is a 95 percent chance that the true value for that variable is within that range and only a 5 percent chance that the true variable is outside that range. The "no difference" hypothesis is outside the 95 percent range.

In simpler terms, the current measurement suggests that neutrinos and antimatter neutrinos oscillate differently, although the certainty does not rise to the level to make a definitive claim. In fact, critics point out that measurements with this level of statistical significance should be viewed very, very skeptically. But it is certainly an enormously provocative initial result, and the world's scientific community is extremely interested in seeing improved and more precise studies.

The T2K experiment will continue to record additional data in hopes of making a definitive measurement, but it's not the only game in town. At Fermilab, located outside Chicago, a similar experiment called NOVA is shooting both neutrinos and antimatter neutrinos to northern Minnesota, hoping to beat T2K to the punch. And, looking more to the future, Fermilab is working hard on what will be its flagship experiment, called DUNE (Deep Underground Neutrino Experiment), which will have far superior capabilities to study this important phenomenon.

While the T2K result is not definitive and caution is warranted, it is certainly tantalizing. Given the enormity of the question of why our universe seems to have no appreciable antimatter, the world's scientific community will avidly await further updates.

Don Lincoln is a physics researcher at Fermilab. He is the author of "The Large Hadron Collider: The Extraordinary Story of the Higgs Boson and Other Stuff That Will Blow Your Mind" (Johns Hopkins University Press, 2014), and he produces a series of science education videos. Follow him on Facebook. The opinions expressed in this commentary are his.