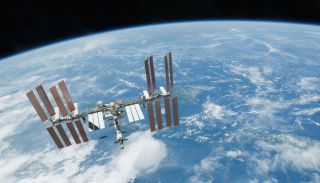 The International Space Station has been continuously occupied by rotating astronaut crews since November 2000.
(Image: © NASA)

A few months from now, the International Space Station (ISS) could be unoccupied for the first time in nearly two decades.

Those two explorers — NASA's Nick Hague and cosmonaut Alexey Ovchinin — made it through the bumpy touchdown just fine and are in good condition, NASA officials said. But the Soyuz will be grounded while Russian investigators try to figure out exactly what happened today, and how to prevent it from occurring again. [In Photos: The Harrowing Soyuz Launch Abort in Pictures]

While Russia will doubtless make the investigation a high priority, it's unclear how long this work will take, Kenny Todd, NASA's ISS operations integration manager, stressed during a postlaunch news conference today.

"We'll have to see where the data leads them," Todd said. "And if that's a month, or if it's two months, or six — I really can't speculate on the length of it."

Auñón-Chancellor, Gerst and Prokopyev are scheduled to return to Earth in December (and have more than enough food, water and other supplies to last until then, despite today's launch failure, Todd said). The Soyuz and its accompanying crew craft — somewhat confusing, also called Soyuz — have been astronauts' only ride to the ISS since NASA grounded its space shuttle fleet in 2011. So, if the rocket isn't ready to fly in a couple of months, the orbiting lab could soon be vacant.

That would be a very odd development indeed. The ISS has been continuously occupied by rotating astronaut crews, usually on five- to six-month stints, since November 2000.

It's possible that NASA, Russia and the other ISS partners could extend the mission of Auñón-Chancellor, Gerst and Prokopyev, but only by a few weeks. That's because Soyuz spacecraft have design lifetimes of about 200 days on orbit. There's a bit of wiggle room in there, but not much; the vehicle that will take the current ISS crew home will "expire" in early January, Todd said.

Astronauts conduct large numbers of experiments aboard the ISS, so leaving the orbiting lab unoccupied would be a scientific shame. But the $100 billion outpost wouldn't be imperiled; ground controllers could keep it up and running for a while, Todd said.

"I feel very confident that we could fly for a significant amount of time" without crewmembers, he said. If "the pumps do their job, and all the other systems — the [solar] arrays to continue to rotate, and we keep the batteries charged — there's nothing that says we can't continue to just bore holes in the sky and do a minimal amount of commanding." [The Soyuz Rocket: Russia's Venerable Booster]

Critical ISS systems have good redundancy, Todd added. So, "we can tolerate some failures, some significant failures, and continue to operate the station in a de-crewed manner," he said.

But these private spaceships won't be ready to fly astronauts for a while yet; SpaceX's first crewed test flight is currently scheduled for June 2019 and Boeing's for August of that year.