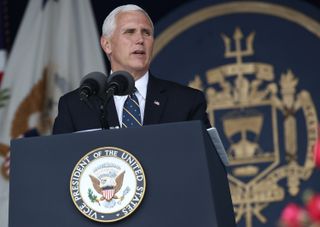 NASA's Johnson Space Center (JSC) in Houston is scheduled to host an event on Wednesday to announce the names of its newest class of space travelers. More than 18,000 people applied to the astronaut program during this round, a record for the agency. The event will be broadcast live on NASA TV at 2 p.m. EDT (1800 GMT).

During his visit to JSC, Vice President Pence will tour the mission control center and "hear briefings on current human spaceflight operations," according to a statement from the agency release Friday (June 2). The announcement did not say whether the vice president would deliver remarks during the event.

Vice President Pence is set to chair the National Space Council, which will be reinstated per the instruction of the NASA Transition Authorization Act that President Trump signed into law on March 21.