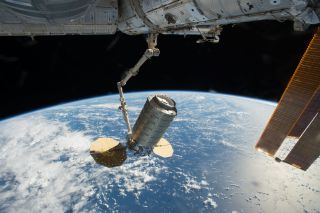 In November, Orbital ATK announced that this upcoming Cygnus cargo mission would launch on a ULA Atlas V rocket — and not Orbital ATK's own Antares rocket  — in order to maximize the amount of supplies delivered to the International Space Station, as well as maintain the company's launch schedule. Future Cygnus flights will launch on Orbital ATK's Antares rockets from the company's launch site on Wallops Island, Virginia.

Orbital ATK successfly returned its Antares rocket to flight on Oct. 17, nearly two years after a failed Cygnus launch in Oct. 2014. Between that Antares launch failure and the booster's return to flight, the company launched two Cygnus missions on Atlas V rockets, one December 2015 and the other in March 2016.