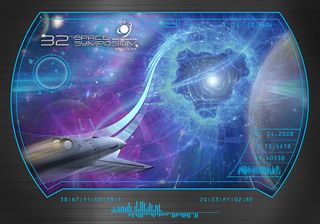 Established by the Space Foundation, a nonprofit that supports public awareness of the space industry as well as industry events, the symposium will take place in Colorado Springs, Colorado, from April 11 to 14. In past years, the meeting has drawn about 9,000 attendees.

This year's symposium will feature talks by Jeff Bezos, founder and CEO of the spaceflight company Blue Origin; Charles Bolden, administrator for NASA, as well as Dava Newman, the agency's deputy administrator; and Pamela Melroy, deputy director of the tactical technology office at DARPA, the Department of Defense branch that oversees the development of military technology.

This year's meeting has an international focus, with sessions centered on the activities of space agencies in Japan, France and Europe, as well as a session on emerging spacefaring nations.