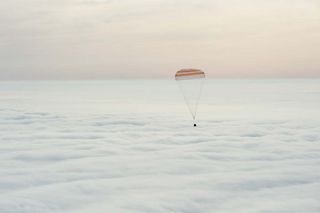 The Soyuz-TMA-18M spacecraft landed near Zhezkazgan, Kazakhstan, at 11:25 p.m. EST (0425 GMT on March 2) carrying the space travelers home after completing Expedition 46. Upon landing, the space fliers underwent a 60-minute "field test" to assess their initial condition.

The purpose of the yearlong mission was to gather necessary data on how long-duration weightlessness affects the human body. Scientists will use the details collected to plan a human mission to Mars.

Typically, NASA spends roughly a month and a half reconditioning astronauts to being back on Earth, with daily workouts and exercise to rebuild bone mass and muscle strength lost in the microgravity of the space station.