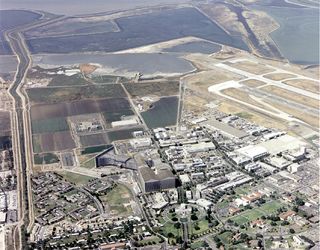 A view from the air shows the NASA AMES Research Center.
(Image: © NASA )