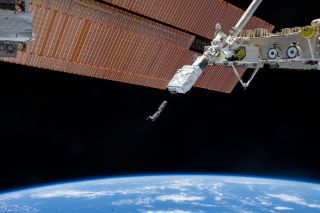 NASA plans to purchase even more satellite data about Earth after a pilot program in this field went well, according to a media report.

The agency plans to buy more data from the Planet and Maxar satellites and is still evaluating data from a third company, Spire Global, for possibly extending the purchase agreement, a report in SpaceNews stated. The three companies were tasked with providing data to NASA under purchase agreements made in an October 2018 pilot program.

"Standard scientific collaborations were inhibited by the license agreement. Being able to share information and collaborate is highly important," Murphy said, according to SpaceNews.

The agency plans to move forward with more-permissive scientific use licenses that would restrict how much data NASA obtains but allow for more sharing opportunities, Murphy added. NASA also plans to offer more slots, about every 12 to 18 months, to companies that want to join the program, he said.

In 2018, NASA said that the data program would fund researchers to investigate whether the information obtained by small sats would enhance or complement other Earth observations performed by larger satellites owned and operated by NASA, other U.S. government agencies or international groups.

"This pilot program is an innovative and efficient way for us to acquire, examine and evaluate a wide range of private-sector Earth-observation data," Michael Freilich, director of NASA's Earth Science Division, said in a statement at the time. "As our very capable NASA research satellite fleet ages and more small satellites are launched by private industry, there are opportunities to leverage the strengths of each into even more-complete climate data sets."